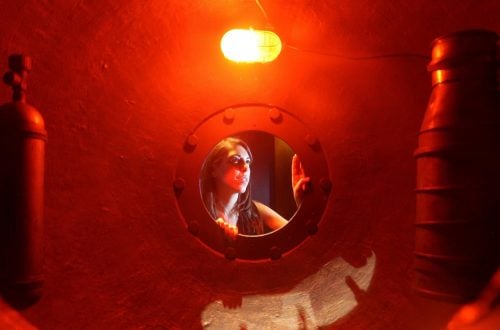 Home » News » Aerospace, Defence & Marine » Race to the bottom of the sea – the little known heroes of the 20th-century’s ‘inner space race’

On January 23 1960, Jacques Piccard and Don Walsh climbed into an undersea craft called Trieste and dived nearly 11 kilometres to the deepest point in the ocean – the Challenger Deep of the Mariana Trench in the Pacific Ocean.

Down there, no sunlight can reach and the water is only ever a few degrees above freezing. The water pressure outside the walls of their vessel was 1,000 times greater than at the surface, but Piccard and Walsh overcame these conditions to enter history as the first Challenger Deep voyagers.

The first men to traverse these alien reaches of our world are much less well known than the first astronauts to walk on the Moon. Still, the race they led to the deepest point on Earth’s surface has profound implications for the modern world. The story of the earlier deep-sea pioneers whose achievements led to their dive is seldom told either, so who were the first “bathynauts” to visit the ocean depths?

William Beebe and Otis Barton became the first bathynauts in the early 1930s, diving in the “bathysphere” that Barton designed. In common with later deep-sea vehicles, the bathysphere had a strong metal hull to resist the pressure of the deep ocean, allowing those inside to remain at normal atmospheric conditions and avoid the need to decompress like scuba divers.

Beebe and Barton dived to 435 metres in 1930, and in 1932 they broadcast live from 671 metres down to listeners of NBC and BBC radio across the US and Europe. Finally, in 1934 they reached 923 metres deep, as Beebe described in his book “Half Mile Down”.

Beebe and Barton’s colleague Gloria Hollister became the first female bathynaut, diving to 368 metres deep in the bathysphere in 1934. Hollister remained the world’s deepest diving woman for several decades, as naval traditions that excluded women from submarines spilled over to ocean exploration during the cold war. Meanwhile, Barton went on to design another craft called the “benthoscope” to venture deeper than the bathysphere, and on August 19 1949 he set a new depth record of 1,372 metres inside it.

The bathysphere and benthoscope both dangled on a cable from a ship on the surface, which limited their manoeuvrability. But Swiss physicist and inventor Auguste Piccard, who had soared to record-breaking altitudes in the pressurised capsule of a balloon in the early 1930s, realised that the principles of an airship could be adapted to create a new type of undersea vehicle. Instead of using a cable to lower and raise the craft, Piccard’s “bathyscaphe” used detachable ballast weights and a buoyancy tank filled with lighter-than-water petrol, similar to the helium-filled envelope of an airship.

The first bathyscaphe was named FNRS-2 after Belgium’s Fonds National de la Researche Scientifique (FNRS), who paid for it. The craft was ready for testing in 1948, but ran into difficulties after an unoccupied test dive to 1,400 metres.

Piccard asked for more funds for another attempt, and his Belgian backers struck a deal with the French Navy, who were interested in developing the bathyscaphe further, eventually christening the rebuilt craft “FNRS-3”. But Piccard went his own way, working with his son Jacques to raise money from European industrialists for a new bathyscaphe, which they named the “Trieste”. On September 30 1953, father and son set a new depth record of 3,150 metres in the Trieste – and Auguste Piccard became the first person to explore the stratosphere and the deep ocean.

Back to the bottom

The French Navy pipped the Piccard’s record on February 15 1954, reaching 4,050 metres with Georges Houot and Pierre Willm in the bathyscaphe FNRS-3. Willm later designed the bathyscaphe Archimède, which made several dives into ocean trenches during the 1960s and took scientists to the undersea volcanic rift of the mid-ocean ridge for the first time in 1973.

The US Office for Naval Research chartered the Trieste for a series of science dives in the Mediterranean in 1957 – and the Piccards sold the Trieste to the US Navy in 1958, on the condition that Jacques would continue to operate it. The US Navy set the goal of using the Trieste to reach the deepest point in the ocean, which they achieved on January 23 1960 with Jacques and Lieutenant Don Walsh aboard.

Unlike astronauts, the race to the bottom of the ocean happened largely beyond the frenzied competition of cold war superpowers. It was instead driven mostly by private individuals, such as Beebe, Barton and the Piccards. After the record-setting plunge of 1960, deep-diving vehicles became a matter of national capability for science and strategic purposes.

But private citizens have taken up the torch for deep-sea exploration again. Hollywood director James Cameron returned to the Challenger Deep in 2012, while billionaire Victor Vescovo and his expedition team dived there several times in a new vehicle in 2019.

Another kind of “inner space race” is happening today. Governments are trying to extend their territorial rights to ocean resources and stake a claim to future deep-sea mining sites in places beyond national boundaries. Thanks to remote specks of overseas territories such as the Pitcairn Islands, the UK has the world’s fifth largest “exclusive economic zone” of rights to ocean resources – 27 times larger than the UK’s land area – along with licences from the United Nations to explore for manganese nodules in 133,539 square kilometres of the eastern Pacific.

Six decades on from the first dive to the Challenger Deep, the ability of countries to reach anywhere in the deep ocean may be quietly redrawing the geopolitical map.

Written by Jon Copley, Associate Professor in Ocean Exploration & Public Engagement (part-time), University of Southampton and republished from The Conversation under a Creative Commons license. Read the original article. 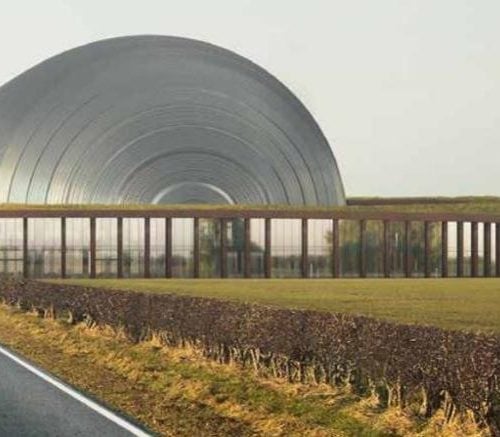 Rolls-Royce has unveiled its plans for 'mini' nuclear reactors that can be quickly assembled from prefabricated components. The... 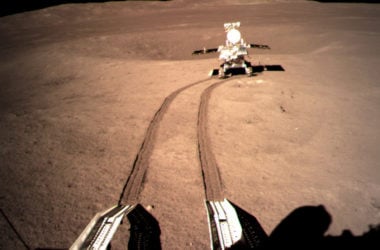 China has released new photos of its Yutu (Jade Rabbit) 2 lunar rover leaving track marks on the far side...