Home » News » Aerospace, Defence & Marine » Is the private mission to the International Space Station a gamechanger?

Ax-1: why the private mission to the International Space Station is a gamechanger

It’s not long since billionaires were competing to get to the “edge of space”. Now, the first set of private citizens are getting ready to take a SpaceX shuttle up to the International Space Station (ISS). Unlike the short “joyrides” of Richard Branson and Jeff Bezos, this mission will be reaching the roughly 400km altitude needed to dock with the ISS.

The mission by the US commercial aerospace company Axiom Space is a major step forward in private space travel, and is part of a plan to build a private space station. With Russia recently pulling out of collaborating on the ISS, the world will be watching to see whether the private sector can be trusted to provide reliable access to space for peaceful exploration.

The Ax-1 mission is planned for launch on April 6, using a SpaceX Dragon Endeavour spacecraft – the same as that used by astronauts in 2020 – onboard a Falcon 9 rocket. The mission is planned to last ten days, eight of which will be on the ISS.

With the high altitude and long duration, the preparations have been lengthy. The concept mission has been a plan since the founding of Axiom Space in 2016 by Iranian-American businessman Kamal Ghaffarian (who also founded the private nuclear reactor company X-energy) and Michael T. Suffredini (who’s had a long career at Nasa). And while Nasa is funding some of the costs, each of the four participants is reportedly having to provide their own contribution of $55 million (£42 million) as well.

The onboard astronauts will feel weightless for the majority of the ten days and be at risk from the dangers experienced by all astronauts, including radiation exposure, muscle degradation and potentially some bone loss. Although with such a short mission, these risks are exceptionally low.

Unlike standard American trips to the ISS, mission control is in Axiom headquarters in Houston rather than on Nasa property. While this is the first time it has been used for a full mission, it has previously been used for research looking at how items on the ISS change over time. This resulted in the MCC-A (Mission Control Centre – Axiom) being validated as a payload operations site by Nasa.

The astronauts onboard are all private citizens, with the mission commander, Michael López-Alegría, a previous Nasa astronaut. The other three members, Larry Connor, Eytan Stibbe, and Mark Pathy are described by the company as “entrepreneurs” and “investors”.

Although if you are thinking of a stereotypical suited investor going into space, then think again. The backgrounds of these three men are very impressive and suggest any of them could already have been chosen as a space agency astronaut, with a private pilot and a military pilot among them.

Looking more into their backgrounds, it is clear that philanthropy is at the heart of those chosen for this mission, with each known for giving back to their communities. As part of this, the astronauts are planning to carry out research during their time at the ISS looking at how space travel will affect the health of future astronauts – including effects on vision, pain and sleep. Experiments on food growth are also planned – all of which are current topics that need researching for future private space endeavours.

This is a very positive and welcome step forwards. It is usually the case that space agency-collected data is made available to researchers (usually after an embargo period). If private researchers are willing to do the same then it heralds an age of accelerated research and technology.

The Ax-1 mission is the first part of a plan by Axiom Space to produce the first private space station. This is no small feat; ISS itself had to be built in pieces, then sent up to be constructed in space. The total mass of a 420 tonnes space station simply isn’t feasible to launch into space in one trip. For comparison, this is the same as launching 70 James Webb Space Telescopes at once.

It took over ten years and 30 launches to finish the ISS. Axiom’s plan is to actually construct the space station onboard the ISS, initially building a habitation module (Axiom Hub One), which is estimated for launch in 2024. No doubt, once operational, this module will accommodate and join with more modules as funding comes in for the company.

With the ISS planned for decommission sometime after 2030, there will be a need for an open and international space station. While a space station costs a lot to maintain, Nasa and Esa at least will likely pay a rental fee to use facilities on such a private space station.

A lot of private firms will be watching the Ax-1 mission to make a decision on whether to pursue their own programmes. Success would mean that there could suddenly be an influx of investment and plans for future space station modules or entire stations. If this is the case, space agencies will have to accept that they will not be able to compete with the private sector. Instead, they would be wise to focus on renting private space and performing open access research.

I wish the first four private astronauts luck with their mission and hope they bring lots of data back for both researchers and the general public to learn from. 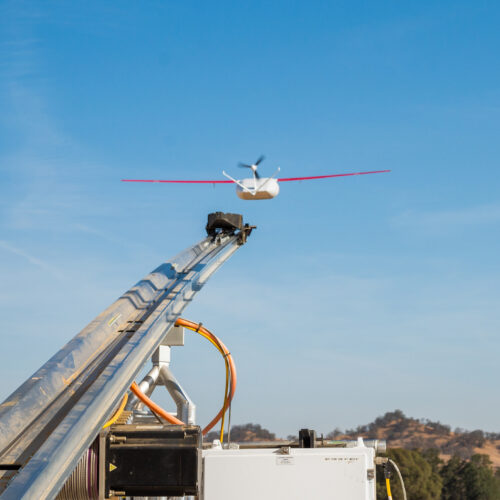 Zipline’s has been celebrating its impact on the healthcare system in Rwanda and Ghana. Zipline has spent the...