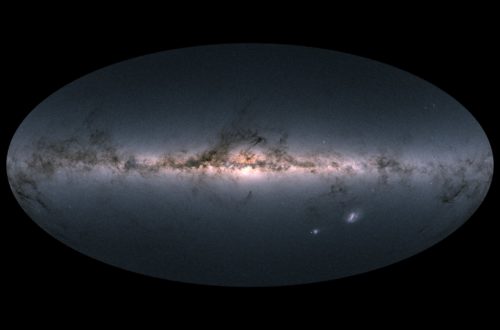 The ESA released data from its Gaia mission today. The new star map is the richest data catalogue ever produced. 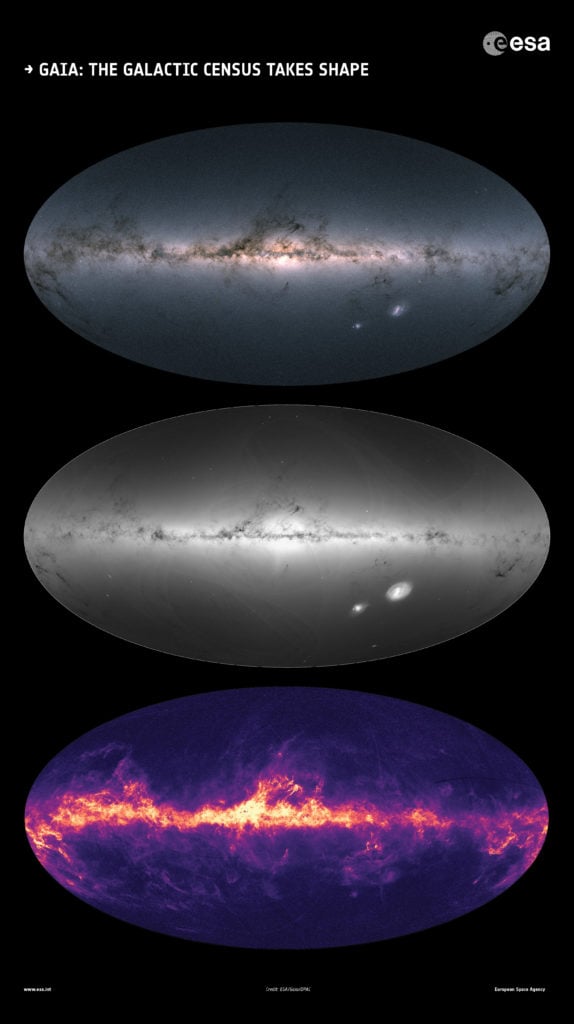 The map includes high-precision measurements of almost 1.7 billion stars and has uncovered unseen details of our home Galaxy that have never been seen before.

The release of the data will have a huge impact on all branches of astronomy. The map gives precise locations of objects to the 20th magnitude, approximately the same level of detail a good quality telescope can observe.

The Gaia mission used a method called ‘parallax’ to gather data on the position of objects. Previous methods had to allow for 20% (or greater) uncertainty in the position of an object. Gaia recorded objects positions, waited for six months then recorded them again.

The Earths shift in position around the sun in this time period allows scientists to then triangulate the position of the stars relative to Earth.

While the initial data set is staggering it only represents the 22 months of Gaia charting the skies – it is only the tip of the iceberg. For example, while the catalogue includes around 15,000 asteroids the team are estimating the final set might include up to 300,000 asteroids.

Now the set is public it will be picked apart by astronomers across the world and should unleash a wave of fresh discoveries about the makeup of our Mily Way’s stellar population and evolution.

The observations collected by Gaia are redefining the foundations of astronomy Günther Hasinger, ESA Director of Science.

The History of the Gaia Mission

Gaia was launched back in December 2013 and has been collecting data since 2014.

This release is actually the second set of data from the mission. The first set of data was based on just over one year of observations and released in 2016. However, it ‘only’ contained information on two million stars.

The new set of data covers the period from 25 July 2014 and 23 May 2016. Containing information on the position of 1.7 billion stars with a much higher degree of precision (to the 20th magnitude). In laymen’s terms, this degree of precision is the same as someone on Earth being able to see a £1 coin on the surface of our Moon.

As well as stars the scientific catalogue also includes information on a range other celestial objects, like asteroids, making the data set of interest to a very large field of astronomy.

The data from Gaia’s first release can be accessed at http://archives.esac.esa.int/gaia 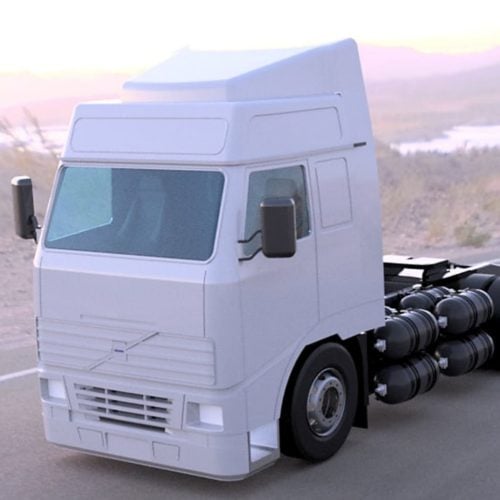 UK company ULEMCo has announced it has successfully modified a Volvo FH16 to burn hydrogen gas instead of...