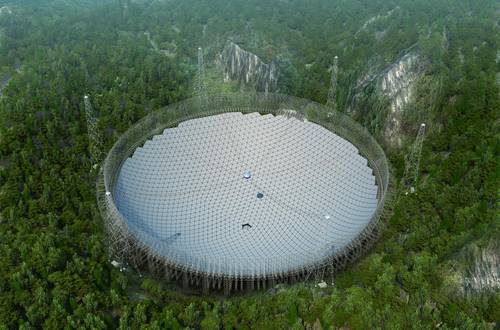 The Five-hundred-meter Aperture Spherical Telescope (FAST) is finally functional after nearly 5 years of development. The massive structure is an Aricibo-type telescope and has been funded by the National Development and Reform Commission (NDRC) and managed by the National Astronomical observatories (NAOC) of Chinese Academy of Sciences (CAS)

Construction began in March of 2011. This week the installation of the last reflector panel (above) was completed.

The telescope has a diameter of half a kilometre and is one of the most advanced telescopes about to go into operation. The next step will be trialling the telescope and calibrating it ready for use.

The project is estimated to have cost $100 million and was initially proposed by a consortium of astronomers from 10 different countries. The concept was first developed in the mid-1990’s but it wasn’t until 2006 that it was decided that the technology required to support such a large structure and the date it produces was viable.

The massive size of the structure means that some deformation is inevitable. Engineers developed an adaptive cable-net system that allows for the telescope to compensate if the dish warps. The telescope now has over 7,000 cable and 4,600 reflecting panels. All of which can be adjusted by a complicated system of actuators that are designed to minimise noise. The whole structure is then wrapped in a noise reduction wall, inside an even larger wind-wall.

Above the dish looms a receiving dish that can be moved across the six huge suspension cables. It can be positioned with 100m precision. A cabin sits suspended above this from which data is collected. The cabins control system uses multiple lasers to determine the exact position of the receiver, and can control in real-time the position 10-meter reflector to capture as much as possible.

It is hoped the dish will allow astrophysics to unwrap the composition of our Milkyway, discover older stars and, detect pulsars.

Want to know more about how Radio Telescopes work? Watch Curtin Universities Dr John Morgan has a fantastic lecture below. 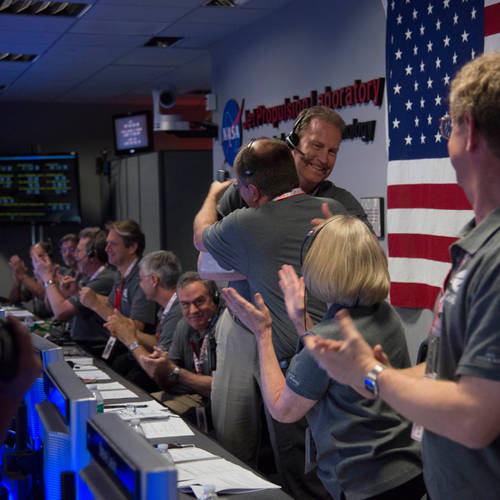 NASA celebrated this morning as it received tones transmitted from JUNO confirming the braking manoeuvre had gone as...