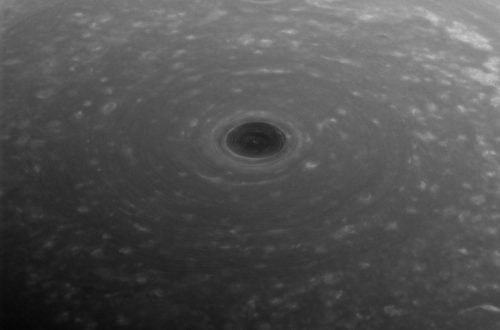 NASA has showcased new images from its Cassini spacecraft that show the bizarre vortex at the top of Saturn’s northern pole. 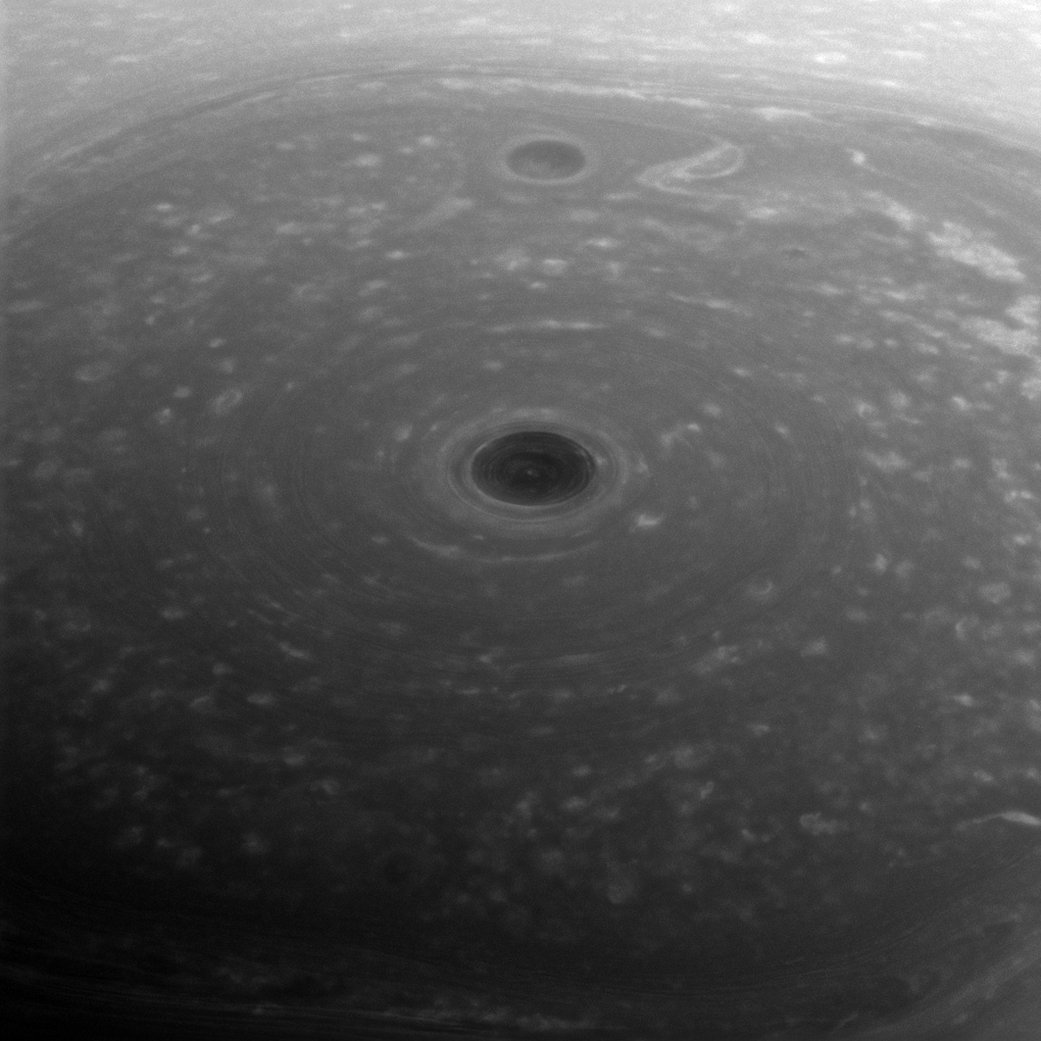 Cassini was ~166,000 miles from Saturn when it took the picture

Cassini captured the stunning photo on April 26 – the same day it started its final “Grand Finale” (diving between Saturn’s cloud tops and the planet’s innermost rings).

Although the pole is still bathed in sunlight at present, northern summer solstice on Saturn occurred on May 24, 2017, bringing the maximum solar illumination to the north polar region. Now the Sun begins its slow descent in the northern sky, which eventually will plunge the north pole into Earth-years of darkness. Cassini’s long mission at Saturn enabled the spacecraft to see the Sun rise over the north, revealing that region in great detail for the first time.

This view looks toward the sunlit side of the rings from about 44 degrees above the ring plane. The image was taken with the Cassini spacecraft wide-angle camera using a spectral filter which preferentially admits wavelengths of near-infrared light centered at 752 nanometers.
NASA describes the image

While it takes the Earth 365 days to orbit the sun; Saturn takes just over 10,585 days (29 years) to complete a solar orbit. This means seasons on the gas giant last three-quarters of a decade. Saturns hexagon resembles nothing else known in the solar system.

On September 15th Cassini’s will end its life by plunging intentionally into Saturn’s thick atmosphere.

The suicide maneuver is engineered to that the probe never contaminates the potentially life-supporting moons Titan and Enceladus with microbes from Earth.

Cassini will almost be out of fuel by this point having launched almost exactly two decades ago in October 1997 and having arrived in the Saturn system in July 2004. 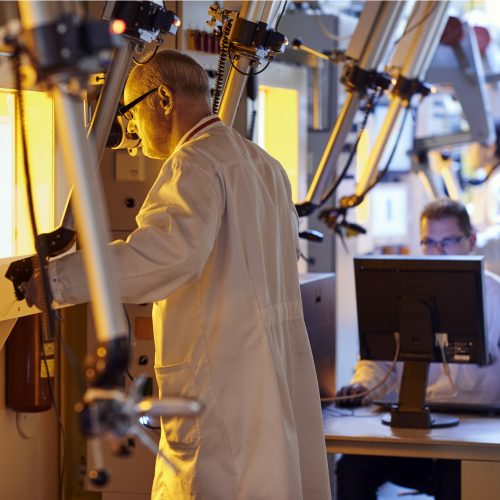 Molten salt nuclear reactor that eats radioactive waste has fired up for the first time in over four...