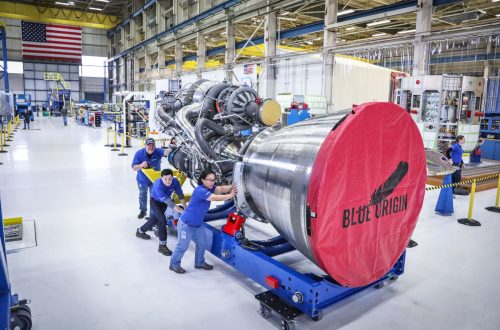 SpaceX’s main private competitor, Blue Origin, has taken one-small-step for manned space flight by unveiling its new rocket — the BE-4.

Hot off the heels of the SpaceX announcement last week of a 2018 lunar mission, Blue Origin’s founder, Jeff Bezos, stated his confidence in his plan to send two astronauts to space by the end of 2017, by revealing the engine that will propel Blue Origins next generation of rockets.

The BE-4 rocket unveiling comes at the end of a six-year development process. The company expects to push the engine into commercial use by 2019. The BE-4 is central to powering the upcoming New Glenn rocket (above) which will rely on seven engines to reach orbit.

The first and second stages of the New Glenn will be constructed built around the new BE-4 engines, with the third stage incorporating an older BE-3 engine.

Blue Origin aim for the New Glenn to be delivering goods and people into space by the end of the decade. 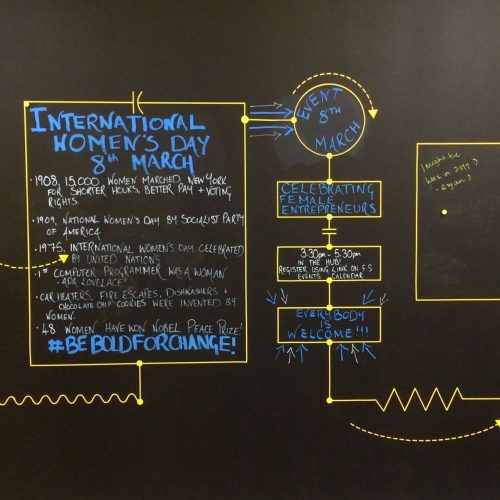 The University of the West of England (UWE Bristol) are holding a "Celebrating Female Entrepreneurs" event to mark...