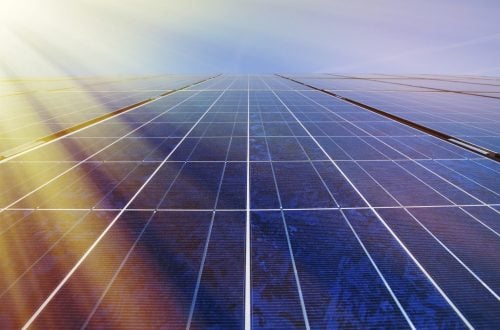 Do you find yourself wondering what kind of jobs the future holds? When you consider that fossil fuels have no future in energy, it can be a little scary to think about.

After all, what will happen to all those energy jobs? And more importantly, how will all those families, who depend on those jobs, survive? Solar jobs may be the answer.

It’s All About the Jobs

Today there are 12 million people employed in the energy sector around the world. That’s according to a report from the International Renewable Energy Agency, part of the United Nations.

Meanwhile, traditional fossil fuels are slowly dying. Coal is a great example of that.

Where The Jobs Aren’t

Coal has a bleak future. It’s a dirty source of energy. Not only does it produce a terrible amount of pollution when burned, but it also requires extreme amounts of energy to extract.

Have you ever seen a coal mine? There’s an entire industrial city built over the site. Heavy lifters, conveyor belts, spotlights, offices, toilets, and elevators all need to be powered. But that’s just the tip of the iceberg. Then, you have more and more jurisdictions shutting down coal-firing plants and moving to cleaner sources of energy.

So the coal industry isn’t looking good. The end result is layoffs, such as when the Kelingley colliery closed down, ending British deep mine coal production for good.

Where The Jobs Are

So if there’s no future in fossil fuels, where are all the energy jobs?

Although an American trade-war with high-tech friends such as Canada and the European Union have cost nearly 20,000 solar jobs in the past year, the overall outlook for the industry remains good.

Countries such as China, India, and Australia continue to rely on fossil fuels and are slow to change. These will be some of the hardest hit by a global shift to solar jobs. The Future of Solar Jobs and Alternative Energy

Picture this: It’s eight in the morning, and you’re finished your fair-sourced coffee. You order an Uber from your smartphone, and a self-driving electric-powered car arrives to take you to work.

Then, when you arrive, you fire up your computer and let it connect to the blockchain cloud because there is no longer a need for a heavy operating system.

Today, you need to replace four broken solar panels in the city’s energy grid, so you input your work orders and head out in an electric company utility van.

You’re one of the many people with high-paying solar jobs, building the future.

That could be the future of solar jobs. But, can we expect to see the UK shift dramatically to alternative energy? The answer may surprise you. You see, England is already shifting;

sometimes leading the world in developing green technologies, and other times need to be dragged, kicking and screaming, into the future by the rest of the developed world.

Renewable Energy Jobs Are the Future

But the fact of the matter is that fossil fuels are on the way out. And renewable energy is the future. Which means that solar jobs, and all the other jobs in the industry, are the future of alternative energy.

And you know what? There are a lot of jobs in this sector. Just take a look at a small sample of them:

And of course, all the other jobs that come with running a fully-functioning energy grid. We’re talking customer service, management, research and development, finance, and general labour.

People need to install and maintain the grid. People need to answer phones. And if England plays their cards right, green car technology could revitalize a dying auto industry.

Imagine if Coventry could boom in automobile manufacturing again? Only this time developing and producing cutting-edge smart vehicles. Someone is going to do it, so it might as well be the UK.

What About Fossil Fuel Workers?

By now you’re probably wondering what will happen to all the people currently working in the fossil fuel industry. There’s good news for them, but also some bad news.

The good news is that fossil fuels aren’t going away tomorrow — the infrastructure to go completely green needs to be built. And new companies need to be created. So they’ll still have their jobs tomorrow. Most of the G20 nations aren’t moving fast enough to cause a big green shift.

But then comes the bad news. Most of the older workers will find themselves unemployed when renewable energy goes from being “alternative energy” to just “energy.” Governments will need to work hard to support them, retrain them, and give them opportunities in the new economy.

Although most G20 countries seem beholden to the big oil and coal industries, change is happening. And as voters increasingly let their politicians know, change must happen.

Meanwhile, some jobs come with transferable skills. Anyone who works in construction will have a job whether that’s pouring foundations or welding steel. In fact, many construction skills can easily apply to put up wind turbines and solar panels. So people who build well-heads can transition to solar jobs.

For those workers with transferable skills, the future is bright. As green energy grows, so too will jobs. Young people today should seriously look at training for the future of renewable energy because that’s where the jobs will be.

The Future of Alternative Energy Infographic

The Future Is Here

At the end of the day, this isn’t a matter of “If” because change is happening now. Sometimes it goes quickly, other times the government holds it back. But it is still happening. The future is with renewable energy. And solar jobs, along with wind jobs, are the future of work in the energy sector.

Do you work in the energy sector? What do you think about solar jobs? Let us know on Twitter or Facebook. 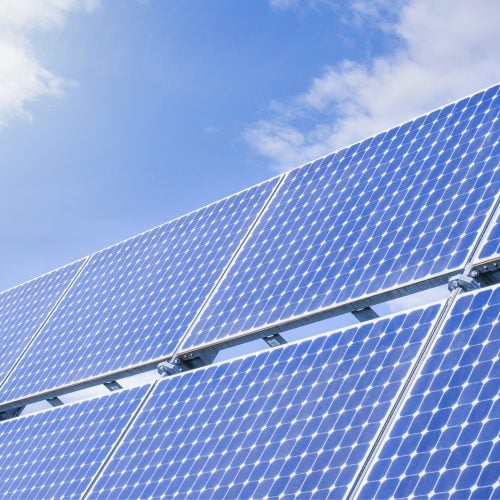 Engineers have come up with a simple concept that could change increase water security and battle climate change....

Interested in the types of career options open to Engineers? Check out our Engineering Pathway Guide