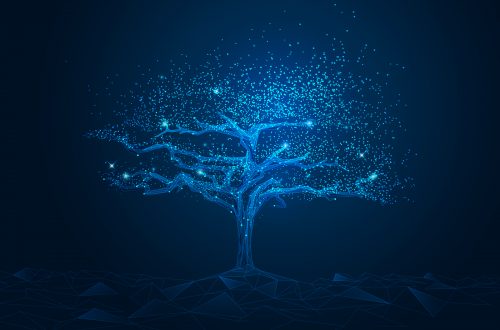 The world population is estimated to reach 9.5 billion by 2050. Given that most of our current energy is generated from fossil fuels, this creates significant challenges when it comes to providing enough sustainable electricity while mitigating climate change.

One idea that has gained traction over recent years is generating electricity using bacteria in devices called microbial fuel cells (MFCs). These fuel cells rely on the ability of certain naturally occurring microorganisms that have the ability to “breathe” metals, exchanging electrons to create electricity. This process can be fuelled using substances called substrates, which include organic materials found in wastewater.

At the moment microbial fuel cells are able to generate electricity to power small devices such as calculators, small fans and LEDs – in our lab we powered the lights on a mini Christmas tree using “simulated wastewater”. But if the technology is scaled up, it holds great promise.

MFCs use a system of anodes and cathodes – electrodes that pass a current either in or out. Common MFC systems consist of an anode chamber and a cathode chamber separated by a membrane. The bacteria grow on the anode and convert the substrates into carbon dioxide, protons and electrons.

Generating electricity through MFCs has a number of advantages: systems can be set up anywhere; they create less “sludge” than conventional methods of wastewater treatment such as activated sludge systems; they can be small-scale yet a modular design can be used to build bigger systems; they have a high tolerance to salinity; and they can operate at room temperature.

The availability of a wide range of renewable substrates that can be used to generate electricity in MFCs has the potential to revolutionise electricity production in the future. Such substrates include urine, organic matter in wastewater, substances secreted by living plants into the soil (root exudates), inorganic wastes like sulphides and even gaseous pollutants.

Biodegradable matter in waste materials such as faeces and urine can be converted into electricity. This was demonstrated in a microbial fuel cell latrine in Ghana, which suggested that toilets could in future be potential power stations. The latrine, which was operated for two years, was able to generate 268 nW/m² of electricity, enough to power an LED light inside the latrine, while removing nitrogen from urine and composting the faeces.

For locations with no grid electricity or for refugee camps, the use of waste in latrines to produce electricity could truly be revolutionary.

Another renewable and sustainable substrate that MFCs could use to generate electricity is plant root exudates, in what are called plant MFCs. When plants grow they produce carbohydrates such as glucose, some of which are exuded into the root system. The microorganisms near the roots convert the carbohydrates into protons, electrons and carbon dioxide.

In a plant MFC, the protons are transferred through a membrane and recombine with oxygen to complete the circuit of electron transfer. By connecting a load into the circuitry, the electricity being generated can be harnessed.

Plant MFCs could revolutionise electricity production in isolated communities that have no access to the grid. In towns, streets could be lit using trees.

Another variation of microbial fuel cells are microbial desalination cells. These devices use bacteria to generate electricity, for example from wastewater, while simultaneously desalinating water. The water to be desalinated is put in a chamber sandwiched between the anode and cathode chambers of MFCs using membranes of negatively (anion) and positively (cation) charged ions.

When the bacteria in the anode chamber consume the wastewater, protons are released. These protons cannot pass through the anion membrane, so negative ions move from the salty water into the anode chamber. At the cathode protons are consumed, so positively charged ions move from the salty water to the cathode chamber, desalinating the water in the middle chamber. Ions released in the anode and cathode chambers help to improve the efficiency of electricity generation.

Conventional water desalination is currently very energy intensive and hence costly. A process that achieves desalination on a large scale while producing (not consuming) electricity would be revolutionary.

4. Improving the yield of natural gas

Anaerobic digestion – where microorganisms are used to break down biodegradable or waste matter without needing oxygen – is used to recover energy from wastewater by producing biogas that is mostly methane – the main ingredient of natural gas. But this process is usually inefficient.

Research suggests that the microbial groups used within these digesters share electrons – what has been dubbed interspecies electron transfer – opening up the possibility that they could use positive energy to influence their metabolism.

By supplying a small voltage to anaerobic digesters – a process called electromethanogenesis – the methane yield (and hence the electricity that could be recovered from combined heat and power plants) can be significantly improved.

While microbial fuel cells are able to generate electricity to power small devices, researchers are investigating ways to scale up the reactors to increase the amount of power they can generate, and to further understand how extracellular electron transfer works. A few start-up companies such as Robial and Plant-e are beginning to commercialise microbial fuel cells. In the future, microbial fuel cells could even be used to generate electricity in regenerative life support systems during long-term human space missions. It’s early days but the technology holds much promise.

By Godfrey Kyazze, Reader in Bioprocess Technology, University of Westminster and republished from The Conversation under a Creative Commons license. 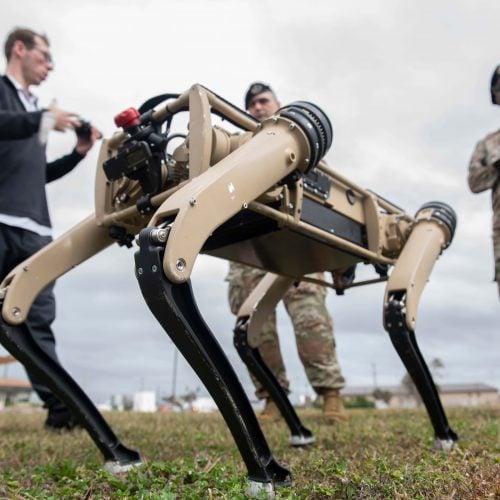