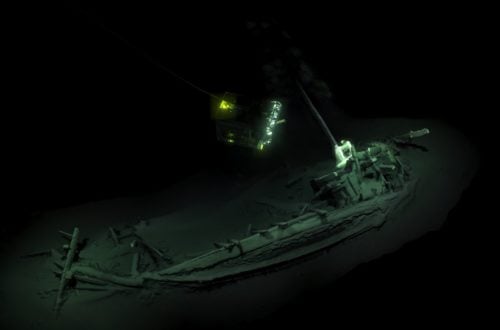 Archaeologists working with Engineers from the Black Sea Maritime Archaeology Project (MAP) have discovered a the 23-metre ship-wreck that has lain undisturbed for more than 2,400 years.

The find is believed to be the oldest intact shipwreck ever discovered. Thanks to lack of oxygen in the Black Sea and the fact it was discovered a mile below the surface means it is exceptionally well preserved.

The 23-metre (75ft) vessel is thought to be ancient Greek. It still has its mast, rudders and rowing benches. 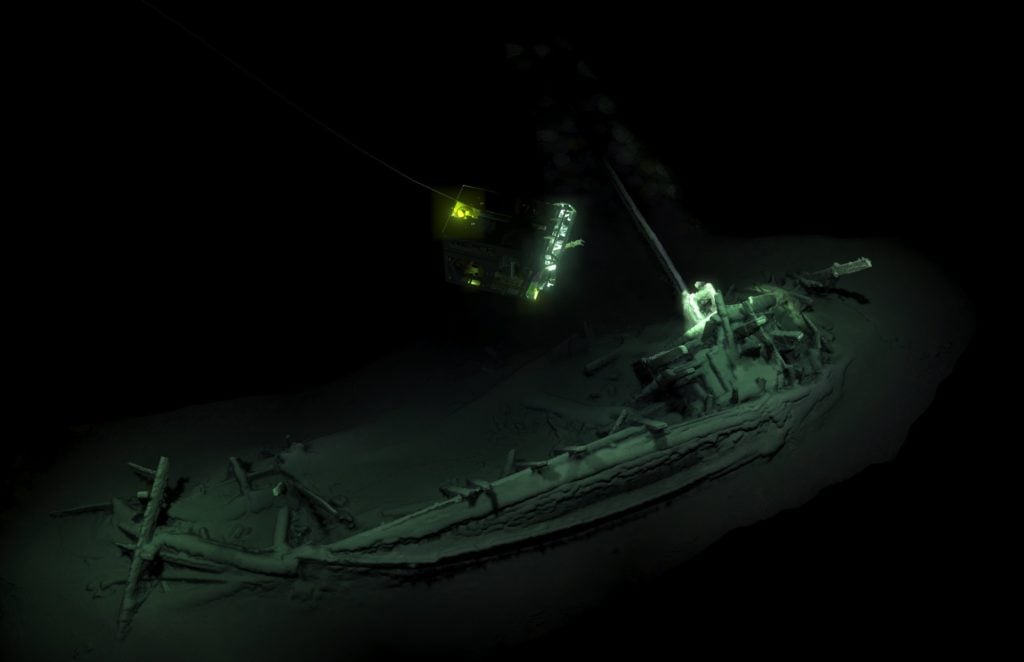 Speaking to the Guardian Professor Jon Adams, the principal investigator with the Black Sea Maritime Archaeology Project (MAP) explained that “a ship surviving intact from the classical world, lying in over 2km of water, is something I would never have believed possible” and that it will “change our understanding of shipbuilding and seafaring in the ancient world.”.

The ship is thought to be a trading vessel; however, up to now the design has only been seen on the sides ancient Greek pottery. The find is an archaeological first.

The team have left the vessel untouched, apart from a small sample that was used to carbon date it by the University of Southampton. The team have promised to showcase more data at Black Sea MAP conference at the Wellcome Collection in London before the end of the year.

Who are the Black Sea Maritime Archaeology Project?

The wreck was discovered by the Black Sea Maritime Archaeology Project. The project was created to enhance understanding of the origins of the Black Sea basin addressing geological, environmental and human histories.

In the last three years, the team has investigated the ancient environment of the Black Sea region, including the impact of sea level change on the coast and prehistoric people living there after the last Ice Age.

So far they have unveiled 60 astonishingly well-preserved shipwrecks, detailing 2500 years of seafaring tradition. Finds have varied in age from a 17th-century Cossack raiding ships to Roman trading vessels. 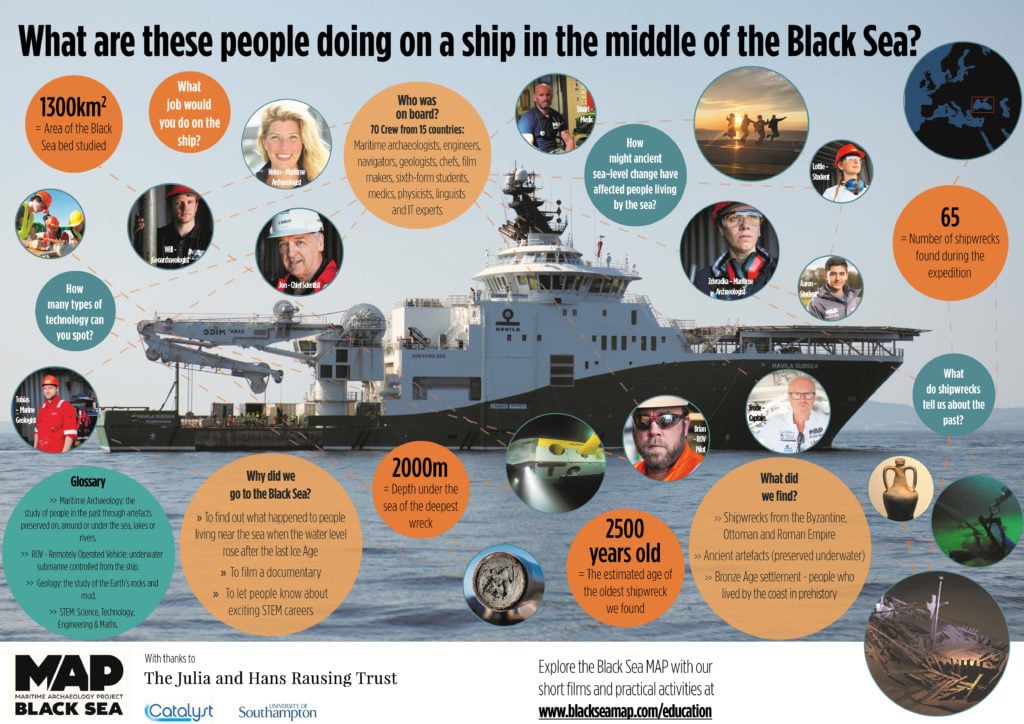 Importantly the project also aims to inspire young people and raise aspirations. In the last three years over thirty young people from the UK have joined the team to experience science in action. They worked alongside the scientists, filmmakers, ship’s crew and Remotely Operated Vehicle pilots from around the world and completed their own research projects.

Black Sea films have made a two-hour film that is due to be shown at the British Museum next Tuesday. 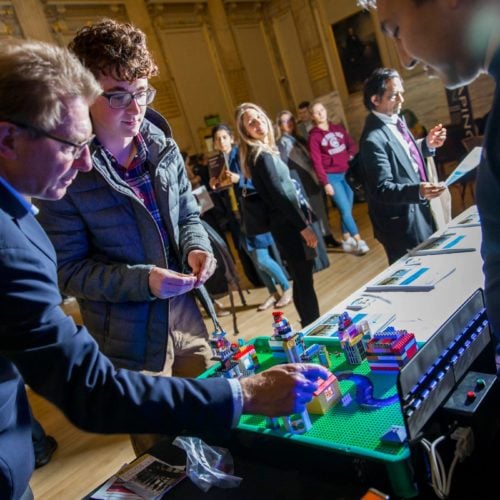