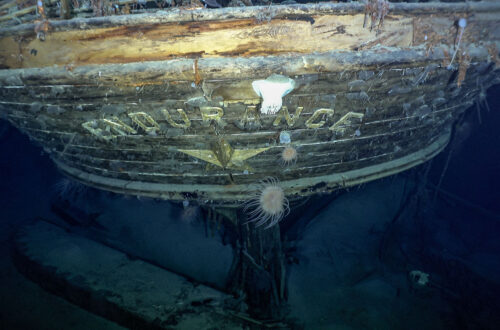 Endurance – explorer Shackleton’s ship – has been found 107 years after it sank, by the search team Endurance22.

Endurance was found 3km down on the seabed below the Weddell Sea in good condition. It has been designated as a protected historic site and monument under the Antarctic Treaty System to protect it. The Hunt of Endurance

The successful find follows various false starts on the hunt for Endurance. In 1998 wreckage found on the Elephant Island was incorrectly identified as flotsam from the ship – it was actually part of a 1877 wreck of the Connecticut sealing ship Charles Shearer.

In 2001 an unsuccessful expedition to find the wreck of Endurance was lead by famous ship-wreck hunter David Mearns. 9 years later in 2010 Mearns announced a new plan to search for the wreck sponsored by the National Geographic Society but the plan feel $10 million short of its estimated cost.

During the Antarctic summer in 2018–2019 a fresh Weddell Sea Expedition set out to locate and photograph the wreck using long-range Autonomous Underwater Vehicles (AUV) but this also failed – this time when the researchers’ AUV was lost to the ice.

However, these attempts did lead to speculation that the wreck ended up on the largely flat terrain under Antarctica and would not have been distributed by sediment or under-sea erosion. The hope was that if found the wreck would be well preserved.

In 2021 the Falklands Maritime Heritage Trust put together a new exhibition – Endurance22.

This expedition woukld search for the wreck of Endurance that would launch in early 2022 using Saab submersible tech.
The plan was for the wreck not to be disturbed but instead scanned in 3D.

The new Saab Sabertooth underwater search vehicles would be equipped with sensors, lights and cameras and allow the team to full document the wreck.

Speaking to the Guardian Donald Lamont, chairman of the FMHT, explained that the goal was not just to find the wreck but bring “the story of Shackleton and his ship to a younger generation, inspiring their interest in the science and the environmental importance of Antarctica for all of us.”

On March 5th Marine archaeologist Mensun Bound, part of the Endurance22 team, announced they had discovered the wreck in the Weddell Sea 3.008km deep, and 6.4km south of the famous coordinates recorded by Frank Worsley, Shackleton’s master navigator.

The team explained that it was down to Worsley’s exceptional navigational skills that the expedition had been able to find the wreck. Sadly, for a mission designed to underscore the environmental importance of Antarctica, the mission was only able to make the discovery due to the low levels of sea ice ever recorded – sea ice would normally cover the Weddell Sea year-round making underwater exploration nearly impossible.

The team on board the research vessel S. A. Agulhas II found the wreck was in remarkably good condition, and have managed to not only successfully film and photographed but create ultra-high-definition 3D scans of the wreck. Another addition to our new list of top STEM video content is a lesser known gem aimed at...