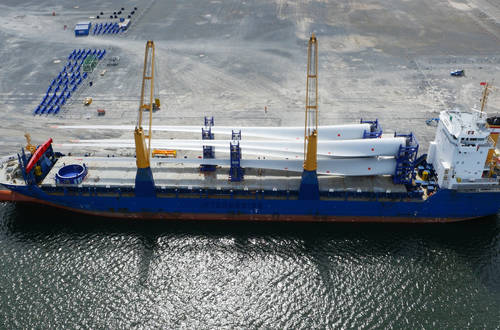 Belfast Harbour is currently hosting six 80m long Wind Turbine Blades (the equivalent length of nine double-decker London buses) which arrived from the Isle of Wight ahead of construction of a new wind farm in the Irish Sea.

On @bbcnewsline the monster wind turbines being assembled at @BelfastHarbour – bigger than the London Eye pic.twitter.com/m9eNKZNKIb

The blades and their 88m tall towers are visible across Belfast. Each blade weighs 35 tonnes and will be able to sweep 21,124sqm, an area larger than the London Eye. Currently, six blades have been delivered, but in total 32 turbines will be assembled in the port. 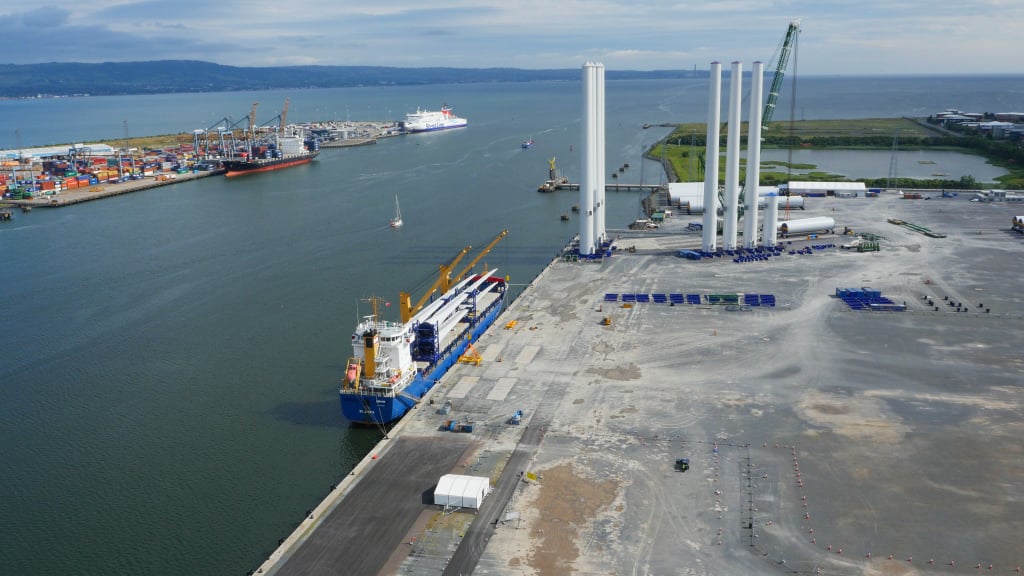 Belfast Harbour’s Commercial Director, Joe O’Neill, commented that “Belfast Harbour is delighted to welcome MHI Vestas and to have the privilege of handling the world’s most powerful blades. In 2013, we completed the development of a 50-acre offshore wind terminal, the first bespoke facility of its kind in the UK to facilitate this style of operation. Supporting the growth of the renewable energy sector is something we are proud to be a part of and look forward to working with Vestas to ensure the successful completion of the Burbo Bank Extension project.”

The Wind Turbines are the most powerful in the – they are the MHI Vestas V164-8.0MW, designed, tested and manufactured at the MHI Vestas on the Isle of Wight. They are the first UK built blades to be installed at a British offshore wind power plant.

They are much larger than previous components assembled by the port. The finished farm will provide enough renewable electricity for 230,000 homes. The wind farm will cover 40km2, the same area of almost 6,000 Premiership football pitches.

Once they have been assembled in the port they will be transported by a ‘jack-up vessel’ (similar to the ship pictured below) which will install them on the seabed off the coast of Liverpool. 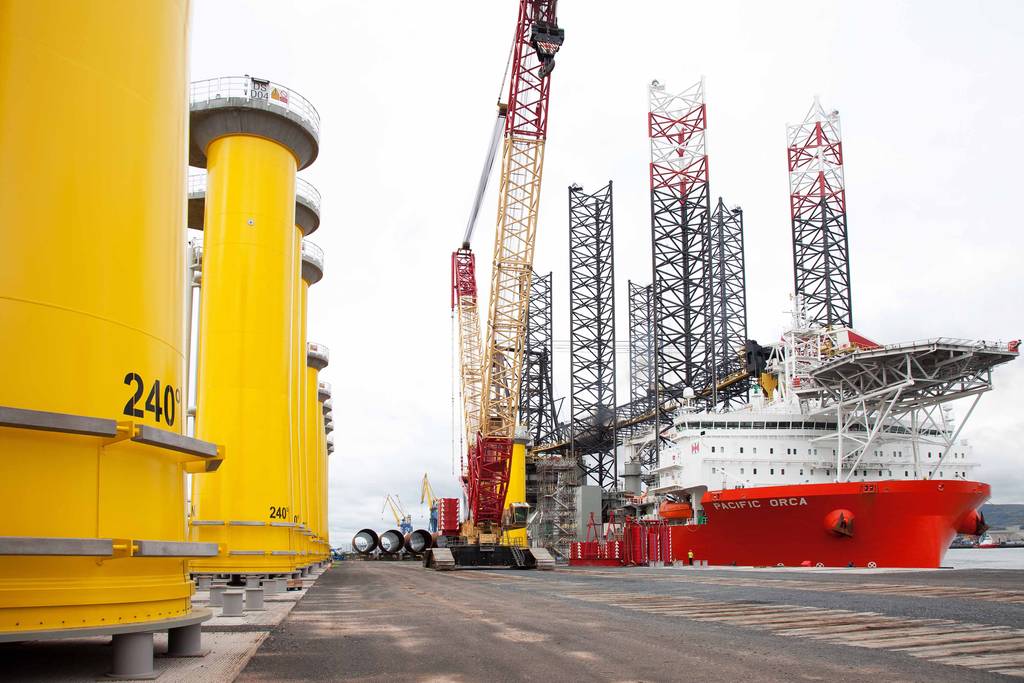 When the Windfarm is operational the height from the base to the tip of the turbine will be almost 200m. These massive turbines will be able to produce 192MWh in a 24 hour period. Equivalent to burning 22,600 litres of oil.

The turbines installation is scheduled for mid-autumn. Commissioning is expected to be completed in 2017

The blades are manufactured in the UK by MHI Vestas Offshore Wind.

Lockheed Martin's faced a technical challenge when they developed their hybrid airships (which are as big as a...