What Next for SpaceX?

Home » News » Engineering News » What Next for SpaceX?

Yesterday at 9:07 a.m, a routine test of a Falcon 9 rockets engine resulted in a huge explosion at SpaceX’s dedicated Launchpad on the Cape Canaveral Air Force Base.

While, thankfully, no one was injured in the blast, the explosion represents a major mishap for SpaceX – destroying not only the rocket but a satellite owned by Israeli firm Spacecom which Facebook intended to use to bring Internet access to parts Africa.

We ask what this will mean for SpaceX?

Rocket failures are not uncommon. In 2015 86 rocket launches resulted in 5 failures according to Space Launch Report.

Unlike its more established competition SpaceX is more vulnerable to launch failures as it is seen as an untested startup. Each failure is incredibly damaging to its ability to attract future clients.

Facebook CEO, Mark Zuckerberg, responded with ‘deep disappointment’ in an indifferent Facebook post. The company had intended to use the destroyed satellite as the centre piece of its project to bring internet to sub-saharan Africa.

Restoring confidence in the company and retaining its existing clients will be key to the companies reptutation, and undoubtedly this will rest on the shoulders of its charismatic founder Elon Musk.

How Musk can present yesterday’s disaster will be crucial to the companies future.

In practical terms, the state of the launchpad is still unknown. How long it will take to repair to allow for new launches will have an impact the capacity of the company to function in 2017/8.

While Cape Canaveral is not the company’s only launchpad (it has another launchpad on America West Coast, as well as space at Vandenberg Air Force Base in California) it has heavily invested in infrastructure around the base. If repairs will stretch on for years moving staff and existing infrastructure to a new location will not be a easy task.

Worse still, the cause of the explosion is still unknown. Last June SpaceXs CRS-7 mission, which also used the Falcon 9, exploded moments after launch. Destorying both the rocket and supplies for the international space-station.

It took six months for SpaceX to fly again after the incident and resulted in them having to redesign a strut used in the Falcon 9s construction.

However, alongside this NASA demanded more major internal restructing of the companies quality control. How SpaceX tracked problems, tasked engineers and reported their progress was completely overhauled.

SpaceX next launch is scheduled for September 19th at Vandenberg Air Force Base. This now seems premature without knowing what yesterdays problem was.

It is likely SpaceX will now have to ground the Falcon 9 until a cause of the explosion is determinded. How long that takes could possibly dictate the future of the company. 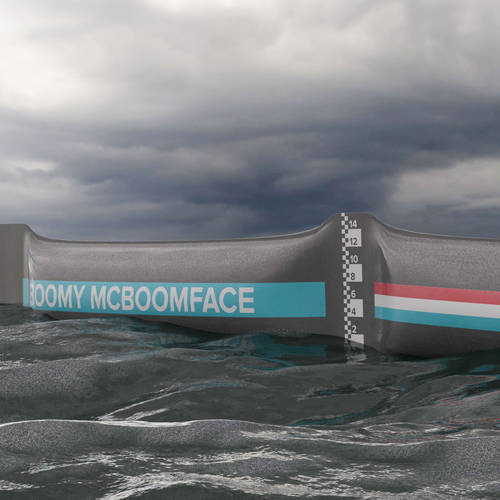 Back in June we looked at Ocean Cleanup's announcement of the first ocean trials of its crowd-funded trash...