Scientists are working on a new technology which uses nanowires and crystals to split water into its oxygen and hydrogen, potentially revolutionising the energy industry. The technique, proposed by a team of scientists at the University at Buffalo, could radically alter our approach to clean energy. The technology, which uses quantum dots attached to teeny wires, could allow us water to be split into oxygen and hydrogen fuel. Proving existing technologies that currently rely on petrol, diesel or gas a clean carbon-free alternative.

This nanowire quantum dot approach could be revolutionary as both the nanowires and quantum dots can be easily produced in large quantities from materials that are abundant in the crust of the earth.

Quantum dots themselves are a fascinating nanotechnology. By changing the size of the quantum dots, Scientists can alter their electronic properties. This means the team can ‘tune’ the wires to maximise their efficiency at leveraging sunlight to split water.

Dr David Watson, a researcher on the project, explained: “Hydrogen is seen as an important source of green energy because it generates water as the only byproduct when it’s burned [..] The hybrid materials we’re developing have the potential to support the cheap and efficient production of hydrogen gas.”

Dividing water into oxygen and hydrogen up to now has required more energy than it can produce – this is because of the laws of conservation of energy. The process developed by the team at Buffalo, however, uses sunlight to input the additional energy required to split the molecules (a process similar to neo-photosynthesis).

The energy from sunlight allows electrons to break free of their orbits. This leaves a ‘hole’ in the molecules structure which initiates a multi-stage chemical reaction which “should” eventually separates water into oxygen and hydrogen.

The problem is that while the team have managed to successful use their nano-material to free electrons from their orbits they have not yet demonstrated the final step and separate water into oxygen and hydrogen.

This hasn’t stopped the USA’s National Science Foundation (NSF) from providing a $2 million grant to fund the research further in the hope that this could be the first step to a new green energy technology. 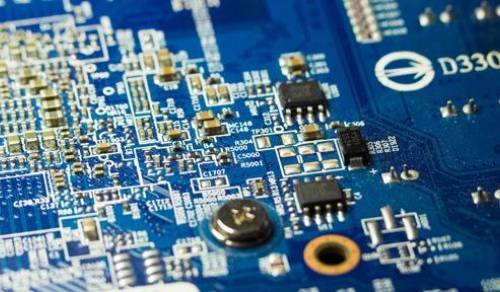 Engineers at the University of Cambridge have created a new design for transistors that can operate on ‘scavenged’...