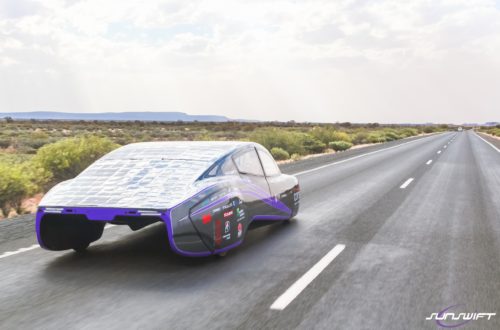 A team of Engineers from the University of New South Wales (UNSW) have crushed the solar-powered car efficiency record.

Advances in photovoltaic tech have leapt forward in the last decade. Those advances are now being felt in solar-powered racing.

Students on the UNSW Sunswift team smashed the previous world record of 5.5 kWh/100 km with their solar car using just .25 kWh/100 km/ That is £40 worth of electricity to cross Australia from Perth to Sydney.

To put that another way – the team used less than the average price of a full tank of petrol to travel across a continent.

The car – nicknamed named ‘Violet’ – completed its trip in 6 days and travelled 2,550 miles.

The team averaged just 20-24 kWh of power consumption travel around 370 miles each day. They used a small 10-20 kWh battery to power the car; this was charged only from the cars solar panels.

The car is now the sixth generation vehicle produced by Sunswift. Unlike the last wedged shaped car; Violet looks more like a four-door car. The team went as far as including all the mod-cons you would expect from a modern vehicle; park sensors, additional backup cameras (remember the car lacks a rear window), interaction screens and both a front and rear boot.

Violet was able to achieve its record-breaking feat thanks to 54 square foot of mono-crystalline photovoltaic cells. These 318 cells cover the cars roof, boot and bonnet and boast nearly 22% efficiency.

The team also used a light weight carbon fiber construction to bring the cars total weight down to just 794lb.

While it’s two real-wheel motors can then drive the car up to speeds of 87mph the team opted to travel around 60km/h to achieve a higher level of efficiency. Travelling at the speed Violet only consumes the same amount of electricity as a standard four-slice toaster. 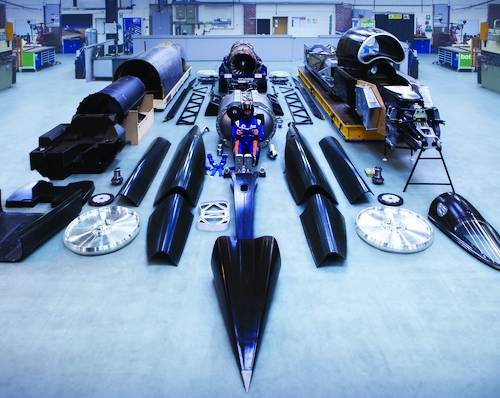 BLOODHOUND today announced that it had successfully sold its business and assets... allowing work on the rocket-powered car...