Spin Off – NASA Technology is all Around You

Home » News » Space » Spin Off – NASA Technology is all Around You Engineers working for NASA Jet Propulsion Laboratory (JPL) have taken time this week to look back at some big impacts their work has made in unexpected everyday fields. CMOS technology, from NASA, has revolutionised cameras. Allowing for small cameras like the GoPro to revolutionise the images we can capture. Shots like this wouldn’t be possible with small portal camera technology.

In a blog post the Engineers at NASA explained that the “next time you share an amazing GoPro video with a friend, consider that NASA made that technology possible!”

They are not wrong. The image sensors that are used in GoPros – and in all modern digital cameras – were actually developed in the early 1990s at NASA’s Jet Propulsion Laboratory, Pasadena, California. Engineers created rudimentary sensor arrays that used less power and were easier to mass-produce which helped to kickstart an entire industry.

Throughout the 1980’s spacecraft imaging was done using charge coupled device (CCD) technology. And while CCDs were integral to founding the digital camera industry they not efficient. They work as a “bucket brigade” passing along a light-generated charge from pixel to pixel in a microchip’s array and when a charge reaches the end of the array, it is amplified and recorded.

However, JPL engineer Eric Fossum thought there must be a better way. CMOS technology, which had already changed microprocessors, meant each pixel to also serve as a charge amplifier and ended up using less energy and making each pixel more sensitive.

Companies like Kodak and AT&T Bell Labs ended up eventually licensing the technology and Fossum, along with several JPL colleagues, founded a company called Photobit to develop it further.

By the end of the decade, CMOS sensors had become the standard in the digital camera industry. Companies like GoPro then leveraged the unique, low-power capabilities of CMOS to make cameras even smaller.

These developments are what allow video to be shot from the front of surfboards, the tops of helmets, and just about any place else you can imagine!

Sandor Barna, vice president of core technologies at GoPro and a former employee at Photobit explained that NASA CMOS technology was “a great example of a truly disruptive technology”!

Of course, the story doesn’t stop there. CMOS imaging have revolutionised many other industries that you might never consider reliant on digital imaging.

The high sensitivity of the new sensors meant lower doses of radiation were required per X-ray and there is no need to develop film. Turnaround for X-rays became quicker dental staff no longer had to handle the toxic chemicals used in film development day-to-day.

These are just one of many examples of technologies that engineers have developed for space exploration that we now take for granted in everyday life.

NASA’s 2017 issue of Spinoff seeks to highlight how space technology has been adopted by commercial industries, to benefit us all.

Other stories in this year’s Spinoff include how farmers are “increasing crop yield with self-driving tractors“, Rechargeable Hearing Aid Batteries Draw from NASA Research and Laser Imaging Helps Archaeologists Dig Up History. 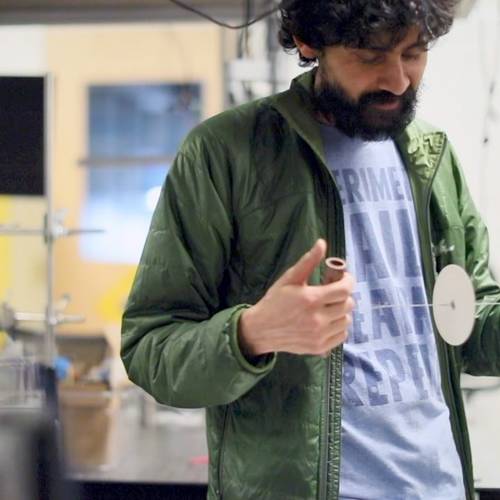 Bioengineers working at Stanford have developed an ultra-low-cost, human-powered blood centrifuge. The "Paperfuge" has rotational speeds of up...