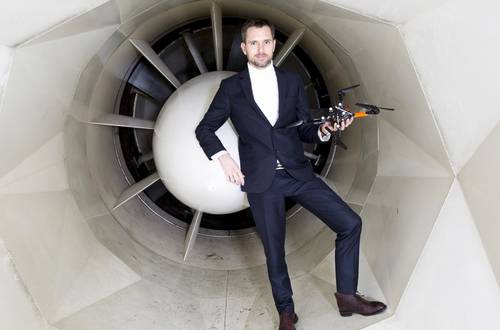 Amazon wants to use them to make deliveries. They were a big hit at Christmas. And the US military has been recruiting an army of video-gamers to pilot them into enemy territory. You’d be forgiven for thinking that we’re already in the middle of a drone revolution. But in truth, it has barely started.

Imagine a world where colonies of hand-sized drones jump over rubble created by an earthquake, seeking out survivors. Others glide through tropical rainforests tracking illegal loggers, while yet more perch like flocks of birds on the side of buildings to monitor pollution in the smoke-choked city below. Picture a drone so versatile that it can fly like a bird, crawl like a snake and swim like a shark to trace a missing child. Or perhaps you just like the idea of your own personal drone flying in and out of a crowd like a dragonfly to spot discounts in shops, bottlenecks in front and potential threats such as muggers or worse. These are the kinds of things that Dr Mirko Kovac, director of the aerial robotics laboratory at Imperial College London and a committed “drone-optimist”, spends his time imagining – and crafting. His dream world is populated by small-but-mighty machines inspired by nature (which, in truth, might sound like something of a nightmare to many). “The drone revolution we have had so far is equivalent to the Industrial Revolution. The true revolution will be on the micro scale,” Kovac says. “Few people believe that drones will bring good to humanity, but these drones can.” This spring he is due to announce his next set of designs, with a swarm of different 3D-printing drones able to work together like termites to build or repair a large structure. In the past, he and his team have built and demonstrated various bio-inspired robots to perform certain tasks: a “grasshopper” robot that can jump 27 times its own height with gears and springs; a gliding robot that steers towards light using shape-changing alloys; and a butterfly-inspired glider propelled by a tiny three-stage rocket. Despite their animalistic abilities, Kovac’s drones, known by the acronym Micro Aerial Vehicles (MAV), still look like the drones we know, although smaller, ranging from a few millimetres in size to up to 50cm. Like most drones they are made from plastics, composites and even 3D-printed metals. In the future, he says, drones will be made from organic materials such as mycelium, the vegetative part of a fungus, which can decompose. Bio-inspired technology rests on the idea that rather than copying nature (biomimicry) engineers look for the underlying principles of, say, a bird’s or a bee’s performance and then attempt to translate them into engineering.

“Rather than having one large expensive robot that, if it breaks, the mission is lost, the micro-drone revolution means that you can have thousands flying as a swarm and lose 20 to 30 per cent and still be able to complete the mission. It will also be a personal revolution as you will be able to carry one in your pocket and use it for your everyday life. We will be able to use these drones as extensions of our bodies that will allow us to extend our perception. “Nature is one of the greatest stores of ideas that humanity has and for flying robots, from feathered wings to how to jump, there are lots of biological techniques that can we learn from animals. So you don’t build a drone that looks like a shark; you build a robot that uses the same design principles as the scales on a shark’s skin, which can reduce friction by 20 to 25 per cent.” The danger of copying animals, such as birds, exactly, he says, is that their legs may have evolved a design that is “locally optimum” – perfect for all the different things a bird has to do – but not necessarily perfect for a specific task that a drone engineer may want it to do. While Kovac’s micro-drone revolution is no longer science fiction, it is not yet science fact, either. He has teamed up with Dr Holger G Krapp, a reader in systems neuroscience in Imperial College’s Department of Bioengineering, to bring it one big step closer by studying the nervous system of the blowfly, which has evolved over millions of years to keep the fly airborne and prevent it from being squashed. “Take a blowfly. You see it buzzing around so fast that you can hardly follow its flight trajectory. So discovering how their nervous system enables them to have more manoeuvrability than an F-22 Raptor should enable us to take drone manoeuvrability to a whole new level.” The “major advance” in the control of drones, for Krapp, will be to combine this with a sufficient level of autonomy that would allow the drone to fly by itself through, for example, a crowd without hitting anything. “Insects do that all the time and they achieve a manoeuvrability that is simply much better than what current micro-drones can do,” he says.

However, Dr Robert Richardson, the director of the Institute of Design, Robotics and Optimisation at the University of Leeds and the director of the Leeds EPSRC National Facility for Innovative Robotic Systems, is less convinced by how Kovac’s machines will work in the real world. “Kovac’s drones are nice, simple and elegant designs but there is a big difference between a demonstrator in the lab and a drone that is genuinely useful,” he says. “The challenge for micro-drones is power and getting batteries small enough that they can fly for long enough. There is a big trade-off in drone design between payload and resilience, and so to power cameras and sensors as well as to keep the drone moving.” Dr Ashutosh Natraj, a research engineer in the Department of Computer Science at the University of Oxford, agrees with Richardson, saying that “this is the problem everyone faces” with these kinds of micro-drones. Natraj’s research looks at how the design of the honeybee’s eye could inspire a new generation of micro-drone sensors. “In the end the more payload you add on to a drone to make it intelligent the quicker the power is used, and this is the real barrier to these micro-drones,” he says. “Honeybees and flies manage not to collide with anyone or anything without this technology.” Kovac acknowledges that there are many challenges ahead for his menagerie of drones if they are to evolve into the revolutionary force he is convinced they can be. His dream of a multimodal micro-drone “has all the challenges you can think of for a robot designer in one go”, he says. “However, it would be awful if the potential fear of this technology prevents its development for the good of humanity.” 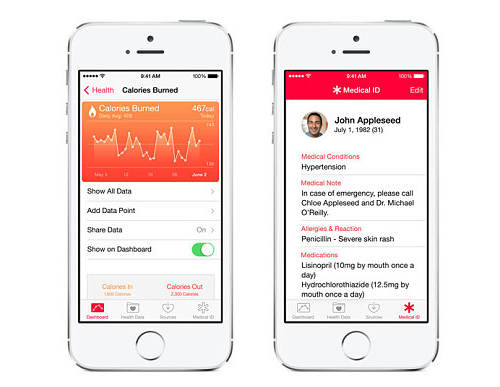 What is Apple's HealthKit?

As it emerges more than half of major US hospitals are trialling Apple's HealthKit, Rhiannon Williams refreshes your memory on... 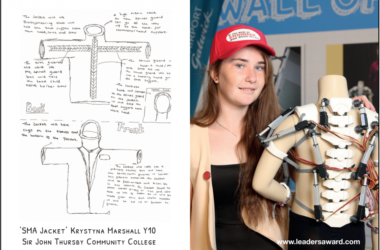 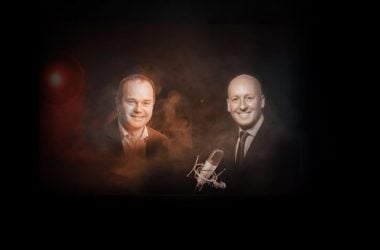