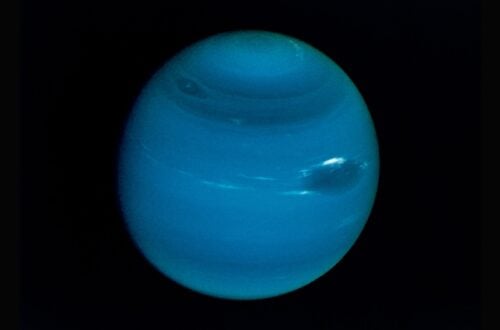 Home » News » Space » Science Questions – What is the coldest planet in the Solar System?

What is the coldest planet in the Solar System? – Sejal, aged seven, Bangalore, India

The planets in our Solar System are heated by the Sun. Here on Earth, we are about 100 million miles away from the Sun – a distance that provides the perfect temperature for life.

You might think, then, that the coldest planet in the Solar System would be Neptune, as it is the furthest away from the Sun’s warmth. Neptune is an incredible three billion miles away from the Sun.

However, the coldest planet is not Neptune, but Uranus – even though Uranus is a billion miles closer to the Sun than Neptune. Uranus holds the record for the coldest temperature ever measured in the Solar System: a very chilly -224℃. The temperature on Neptune is still very cold, of course – usually around -214℃ – but Uranus beats that.

The reason why Uranus is so cold is nothing to do with its distance from the Sun. Billions of years ago, something big crashed into Uranus with so much force that it tipped the planet over onto its side. Uranus still rolls around the Sun on its side today. The impact of the crash also let some of the heat that was trapped inside Uranus escape.

The heat inside planets is left over from when they were formed. Planets are made when smaller chunks of rock smash together, building the full planet piece by piece over many millions of years. Every time these rocks smash together, the planet gains a little more heat. If you clap your hands together for a long time they will start to feel hot – the same thing happens with planets.

Neptune wasn’t hit by a huge asteroid like Uranus was, so it has been able to hold on to more of its heat.

You might also be surprised to learn that the closest planet to the Sun, Mercury, can also be extremely cold. While the side of Mercury facing the Sun is more than 400℃, the side facing away from the Sun is nearly -200℃.

The reason for this is that Mercury does not have any atmosphere, unlike Earth. An atmosphere like ours acts like a blanket, holding heat in and spreading it all around. Because it does not have this blanket, the front side and the back side of Mercury can have very different temperatures.

For some nearby planets like Mars, we can send probes to study the atmosphere directly from the planet’s surface. However, we haven’t been able to do this for distant planets such as Neptune and Uranus.

While these planets in our Solar System are incredibly cold, there are even chillier places in the universe. The coldest of all is the Boomerang Nebula, a cloud of dust and gas 30 million billion miles away from us. There, the temperature reaches -272℃.

Written by Brad Gibson, Director of the E.A. Milne Centre for Astrophysics and Head of the Department of Physics and Mathematics, University of Hull and republished from The Conversation under a Creative Commons license. 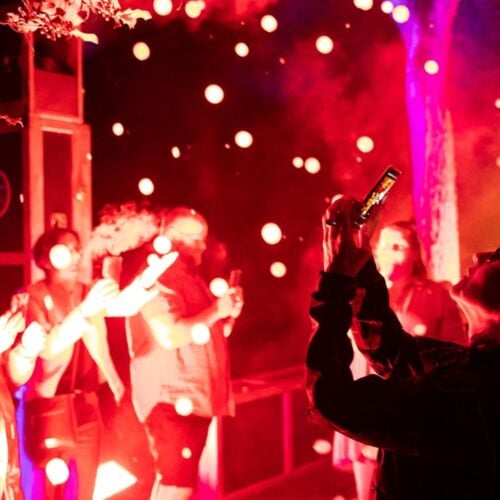