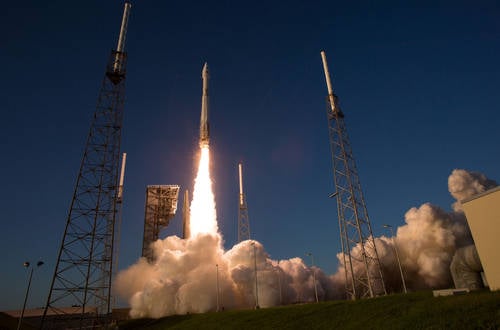 Good news today as Dante Lauretta, NASA’s principal investigator for the OSIRIS-REx mission, said in a post-launch press conference that the launch team had “got everything just exactly perfect” and that “all of the anomalies that we troubleshot — none of those came up. We hit all of our milestones within seconds of [our predicted times]”.

Interestingly, 101955 Bennu has the second largest risk of all mapped asteroids of colliding with Earth. The chances of that though are  incredibly small. With only a 0.037% chance of a close pass between 2175 and 2199.

With a mass on 60 million tonnes; a collision with Bennu would result in a 1200 Megatons explosion. To put that in perspective, the largest ever nuclear bomb ever detonated was the 50 Megaton Tsar Bomba. 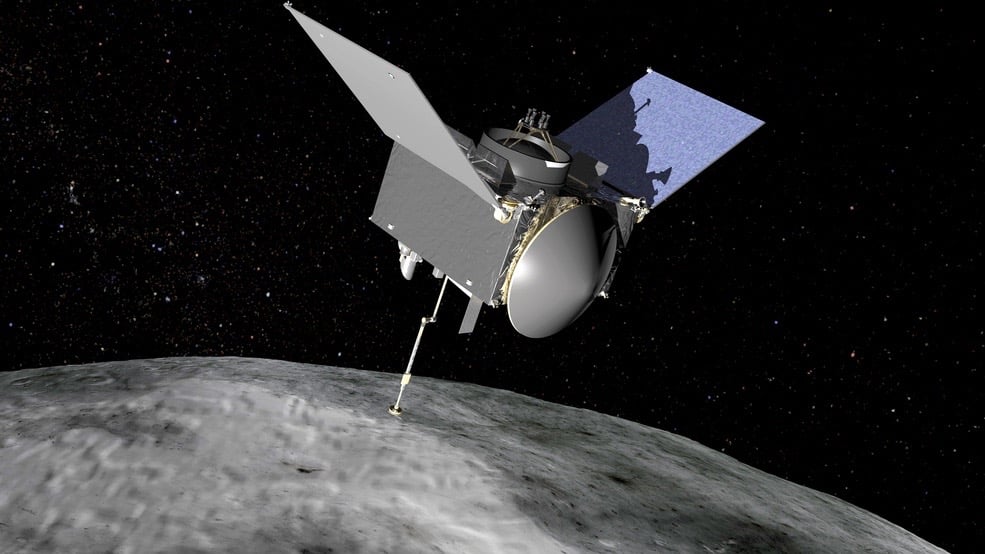 However, the focus of OSIRIS-REx mission is to shed light on the creation of our Solar System.

Studying the makeup of Asteroids gives us clues to how our solar system was formed. It is believed that the source of water and organic molecules, crucial to the development of life, came from asteroids early in Earths development. A pristine sample of an asteroid should allow researchers a far greater understanding of how the solar system was created.

Unlike existing missions to Asteroids – like the Rosetta mission – OSIRIS will not only collect but return to Earth will asteroid sample.

The mission is led by the University of Arizona’s Lunar and Planetary Laboratory, NASA Goddard Space Flight Center and Lockheed Martin Space Systems.

OSIRIS-REx will now travel for two years, and rendezvous with 101955 Bennu in 2018. It will then spend 505 days mapping the surface of the asteroid from around 3 miles away. The mission team will then use this data to find the best location to land the craft.

Once a site is selected the craft will raise it solar array into a “Y-wing” configuration, to minimise dust covering them once it is on the asteroid’s surface, and descend very slowly to the landing site. This means that the site is not contaminated with the crafts own fuel.

With nothing to view the descent from, NASA is going to be relying on accelerometers onboard to detect impact. OSIRIS-REx will be dependent on a spring system to dissipate the force of impact.

After it has landed OSIRIS-REx will use a novel robotic arm to gather samples. On Earth automated sampling is fairly straightforward as we can use a vacuum to suck in dust, however the lack of an atmosphere on 101955 Bennu means the craft will use a burst of nitrogen gas to stir up the rocks and dust, this will then blow regolith particles into a Sample Return Capsule (SRC) located at the end of the robotic arm.

OSIRIS-REx will then disengage with the asteroid and head back to Earth with its samples. NASA hope that it will be able to acquire a sample of more than 60 grammes on their first attempt, but have planned to have enough nitrogen gas on board to allow up to three attempts.

While the main purpose of the mission will be to analyse and return a sample of Bennu. The mapping of the asteroid will also offer valuable data and offer an insight into its history. 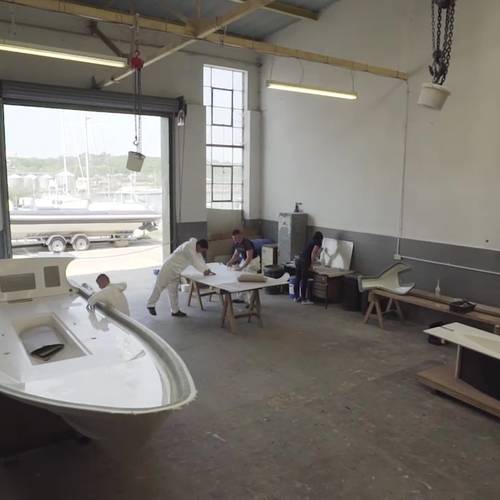 To kick off the start of the new school year this September we have just released a new...