While we wouldn’t normally feature a yatch concept; the 450-foot mega-yacht Avanguardia ( “vanguard” in English ) caught our eye with a detachable ‘head’ that works as a separate boat. 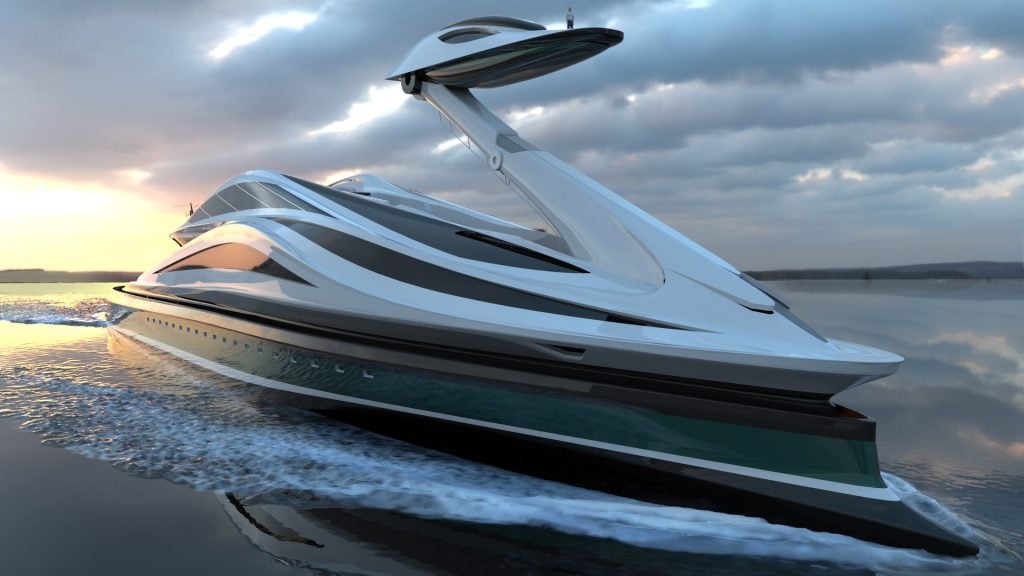 The cutting edge design has been created by Italian designer Pierpaolo Lazzarini of Lazzarini Design Studio. The Rome based studio has been behind a number of innovative designs – including a bullet-inspired hyper hatch and flying car. 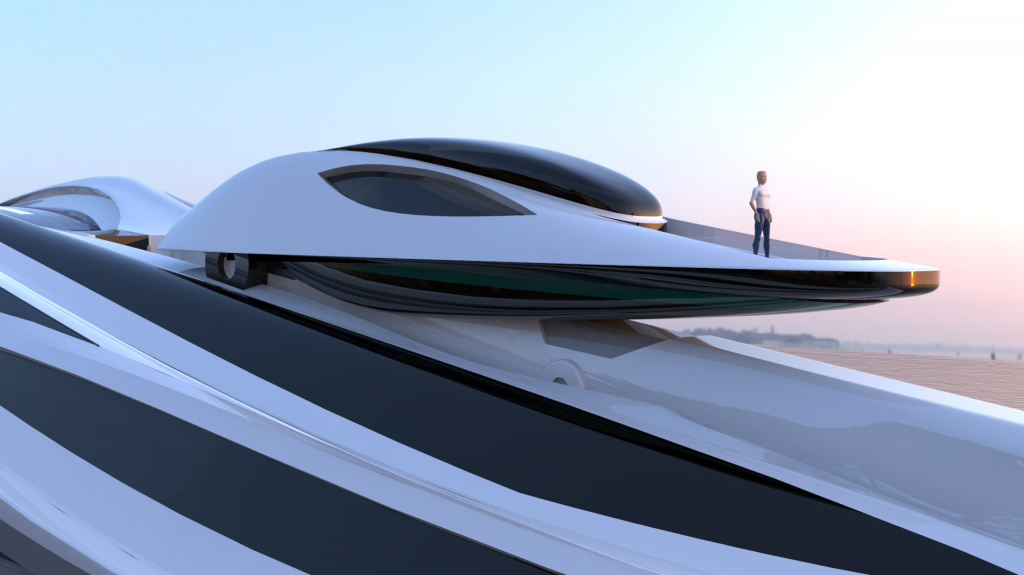 The boats’ ‘body’ packs five decks and a crew of up to 60. Room for your helicopter on the top level. A set of Lazzarini’s jet capsules aft, and a garage to store your supercars midships. If you feel your superyacht can pack more of punch you can also splash out on additional jet capsules which can be bolted to the rear of the vessel for extra speed.

The ship would be powered by a pair of twin electric side engines and a central MTU Rolls-Royce engine giving it a maximum cruising speed of 18 knots.

While the Avanguardia has all the flowing lines and curves that you would expect from a top of the line yacht – its real-life swan silhouette has a practical purpose. The swan’s head is not just the boats’ control tower but also a separate 50-foot cruiser.

The design makes use of a fulcrum to give a full range of movement to the head. 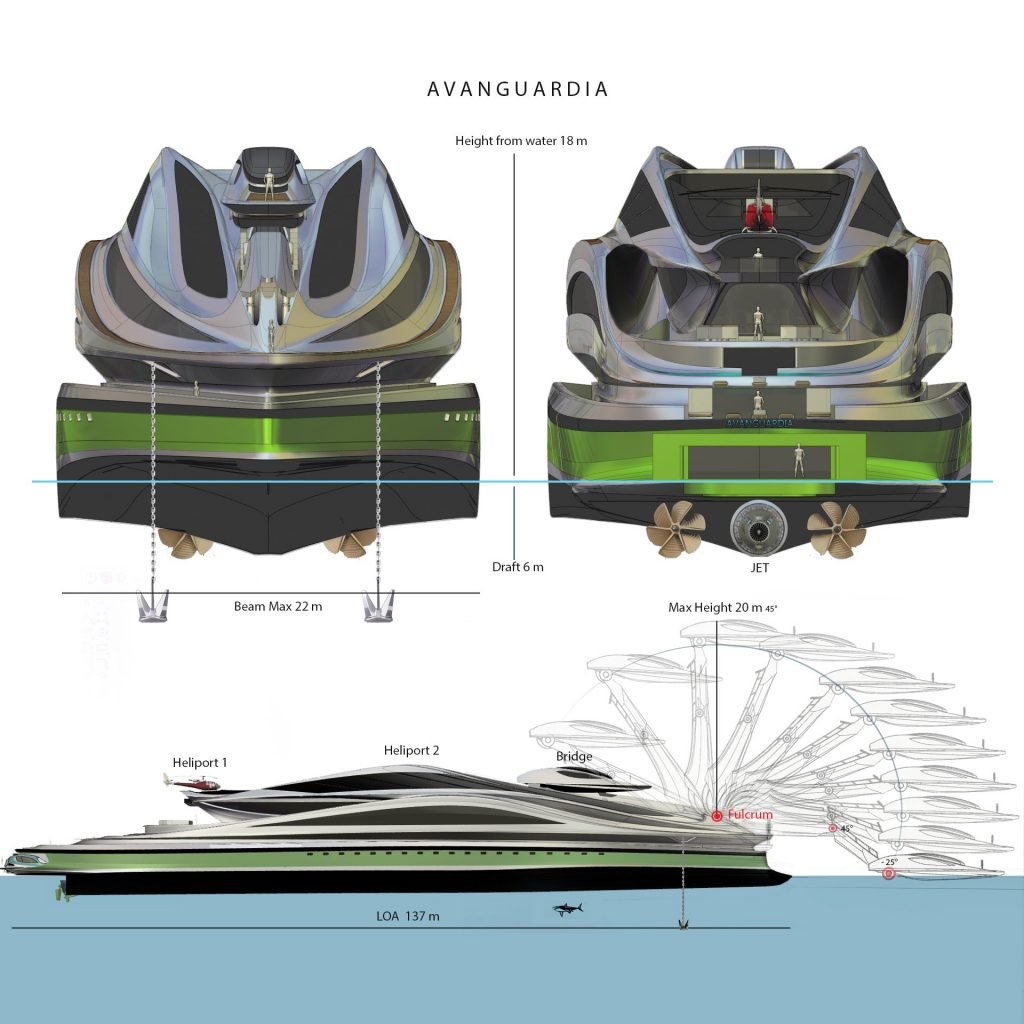 This means that, when anchored, the head can lower into the water for independent cruising. And while at sea, it drops of the middle of the megayacht to allow the crew to steer. 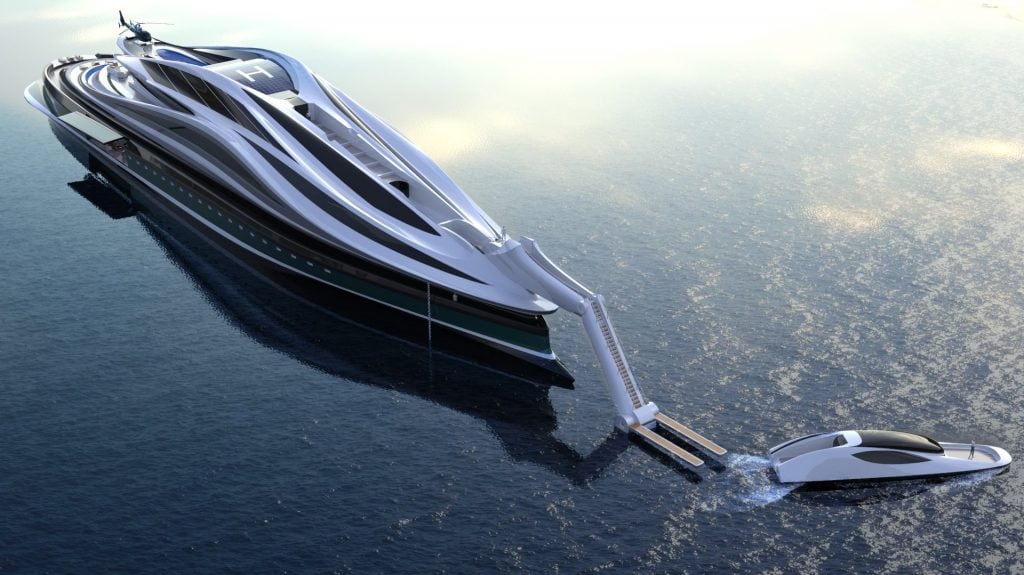 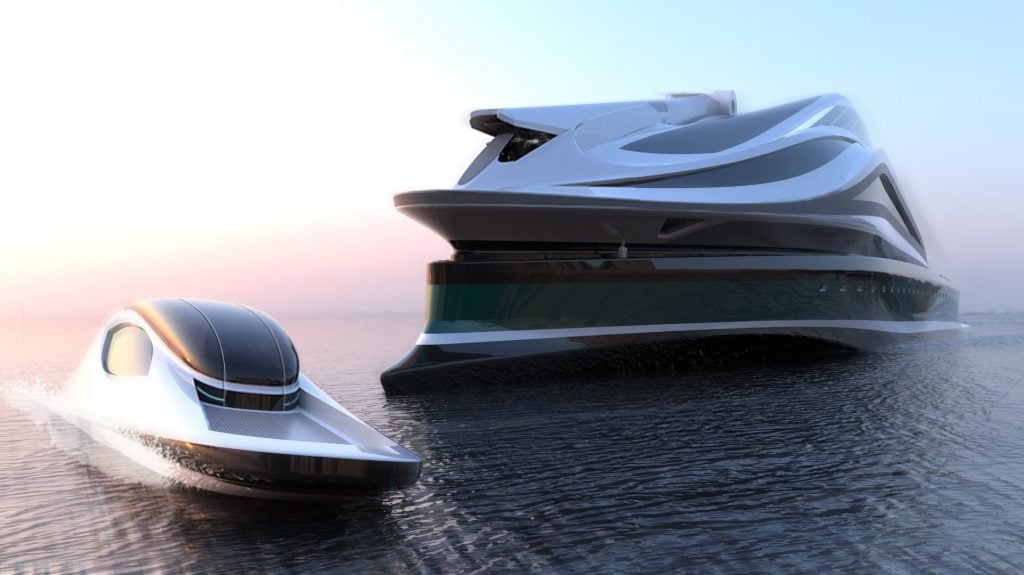 While there is no word on a price yet, chances are if you are not the CEO of a major company you are out of luck.

The ship currently remains a concept but Lazzarini is on the look for an investor to make the concept a reality. If you know anyone that would be interested be sure to let them know.

You can find more information on the Yatch at lazzarinidesignstudio.com 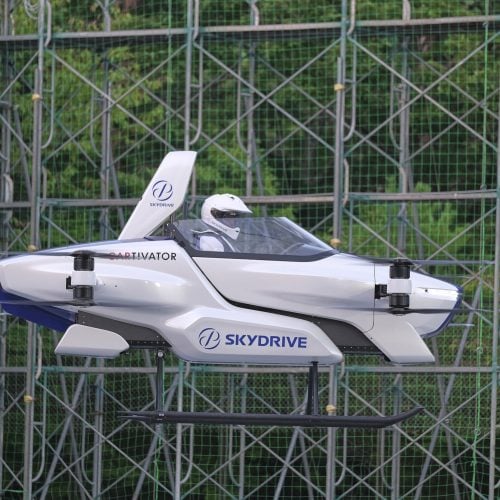 'Flying car' gets off the ground

SkyDrive, a Japanese flying car, has successfully completed a modest test flight with a person aboard. https://www.youtube.com/watch?v=xA9ah0zf9MQ&feature=emb_title The...