Up to now the dynamics of Jupiter’s atmosphere was a mystery to scientists. The gas giants atmosphere is the largest in the Solar System, spanning 3,000 miles in altitude, and home to some of the most powerful auroras.

Reconstructed view of Jupiter’s northern lights through the filters of the Juno Ultraviolet Spectrograph instrument on Dec. 11, 2016

The team published their findings in Nature and used data from collected by Juno’s Ultraviolet Spectrograph (UVS) and Jovian Energetic Particle Detector Instrument (JEDI) to conclude that Jupiter auroras are the result of intense radiation and Jupiter’s magnetic field (like on Earth), but that they are much more powerful.

The craft recorded electrons being accelerated toward the Jovian atmosphere at energy levels of up to 400,000 electron volts – roughly 10/30 times greater than auroras on Earth.

While this is not surprising (Jupiter is obviously much larger than Earth) the team were forced to conclude in a JHUAPL press release that “the brightest auroras are caused by some kind of turbulent acceleration process that we do not understand very well. There are hints in our latest data indicating that as the power density of the auroral generation becomes stronger and stronger, the process becomes unstable and a new acceleration process takes over. But we’ll have to keep looking at the data“.

These findings will have significant implications for those studying Jupiter. The new information could lead to a better understanding of Jupiter’s composition which is still unknown.

The highest energies that we are observing within Jupiter’s auroral regions are formidable. These energetic particles that create the auroras are part of the story in understanding Jupiter’s radiation belts, which pose such a challenge to Juno and to upcoming spacecraft missions to Jupiter under development. Engineering around the debilitating effects of radiation has always been a challenge to spacecraft engineers for missions at Earth and elsewhere in the solar system. What we learn here, and from spacecraft like NASA’s Van Allen Probes and MMS that are exploring Earth’s magnetosphere, will teach us a lot about space weather and protecting spacecraft and astronauts in harsh space environments. Comparing the processes at Jupiter and Earth is incredibly valuable in testing our ideas of how planetary physics works.Dr. Mauk – investigation team for the APL-built Jupiter Energetic Particle Detector Instrument

While Juno mission is scheduled to end in February of 2018 NASA still hope to reveal a lot more new information about the planets composition, gravity field, magnetic field and polar magnetosphere.

Published as “Discrete and Broadband Electron Acceleration in Jupiter’s Powerful Aurora“, in the journal Nature 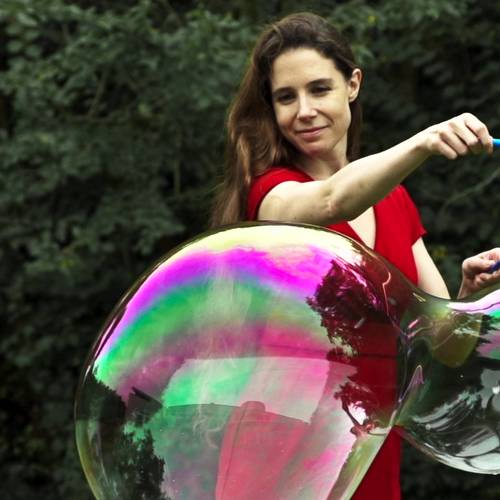 Born to Engineer star Eleanor Stride joined 53 others, from robotics to other nano-drug experts, to become one...