Juno: Jupiter’s North Pole Looks to be Unlike Anything We Have Ever Encountered in Solar System

Home » News » Engineering News » Juno: Jupiter’s North Pole Looks to be Unlike Anything We Have Ever Encountered in Solar System 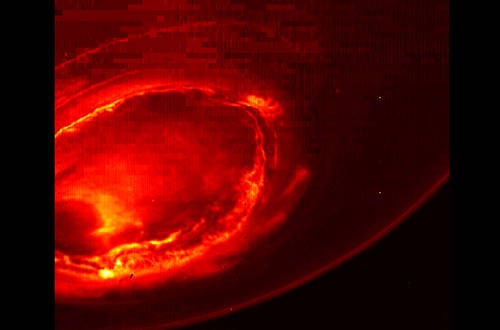 NASAs Juno spacecraft has taken its first close-up of Jupiter’s north pole. The images were captured during the spacecraft’s first flyby of the planet when its instruments switched on on August 27th. The images unique storm systems and weather activity which are completely unlike anything we have seen up to now in the solar-system 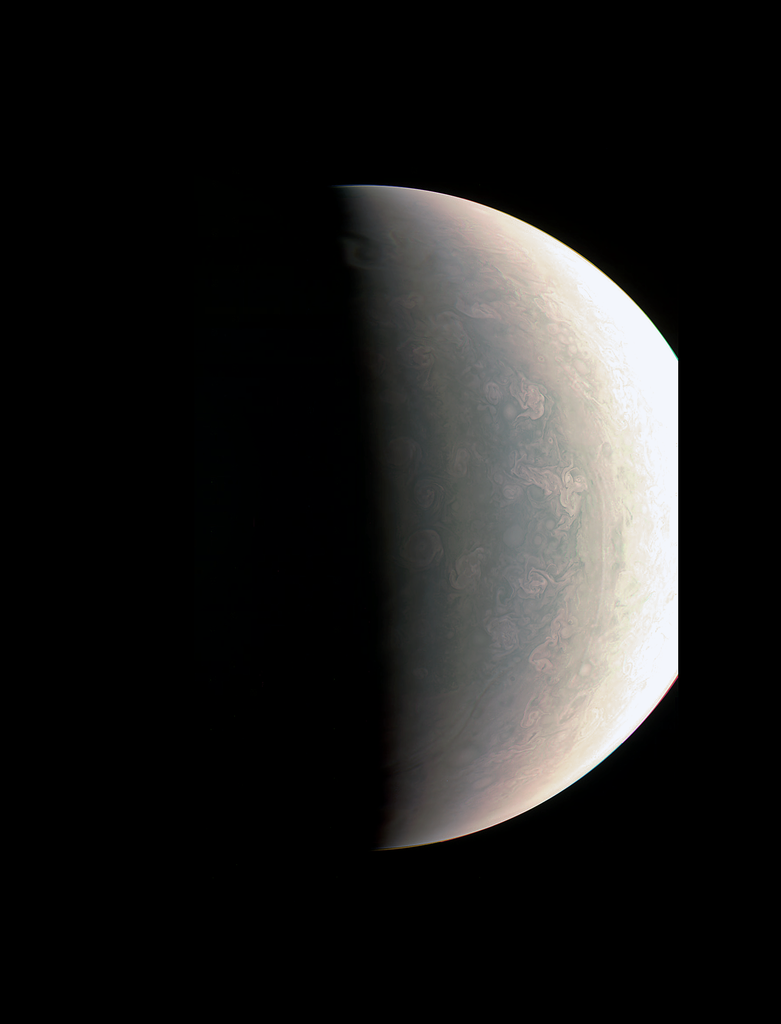 Analysis of the first data sent back from Juno is underway but already some unique discoveries have come to light.

The lead investigator of Juno from the Southwest Research Institute in San Antonio, Scott Bolton, explained “First glimpse of Jupiter’s north pole, and it looks like nothing we have seen or imagined before … it’s bluer in colour up there than other parts of the planet, and there are a lot of storms. There is no sign of the latitudinal bands or zone and belts that we are used to — this image is hardly recognisable as Jupiter. We’re seeing signs that the clouds have shadows, possibly indicating that the clouds are at a higher altitude than other features.”

Bolton then went on to explain that while “Saturn has a hexagon at the north pole”, the images of Jupiters North and South poles don’t show any similar storm structures, making it unique.

Alongside the photographs from Juno visible light camera, the Jovian Infrared Auroral Mapper has captured the first images of the planet in infrared.

These images reveal warm and hot spots that have never been seen before as well as the planet’s aurora. No other instruments from Eath have been able to catch a glimpse of Jupiters aurora’s until now, and the images should reveal enough detail for scientists to piece together its dynamics.

These emissions were first discovered in the 1950’s but this is the first time they have been captured and analysed up close.

Co-investigator for the Waves instrument, Bill Kurth of the University of Iowa, said that “Jupiter is talking to us in a way only gas-giant worlds can” and that “waves detected the signature emissions of the energetic particles that generate the massive auroras which encircle Jupiter’s north pole. These emissions are the strongest in the solar system. Now we are going to try to figure out where the electrons come from that are generating them.”

NASA will be releasing more images and data from Juno over the coming weeks.

More information on the Juno mission is available at these sites:

What Next for SpaceX?

Yesterday at 9:07 a.m, a routine test of a Falcon 9 rockets engine resulted in a huge explosion...