How do EnChroma glasses work?

The first question we asked when we watched the video was “How do these glasses work“?

EnChroma explains their technology as using a “patent pending method called ‘multinotch’ filtering, cutting out sharp wavelengths of light to enhance specific colors. Enchroma lenses separate the overlapping red and green cones, helping improve vision for people who have difficulty seeing reds and greens – but what does that actually mean?

The graphs below show “Normal Vision Spectrum” and the vision of a person with colour-blindness (“Green shifted to Red”).

This shift in visions is caused by a gene mutation. Cells in your eye which should show green end up responding more strongly to longer “red” wavelengths. This is the most common type of colour blindness and the main target for Enchroma glasses. 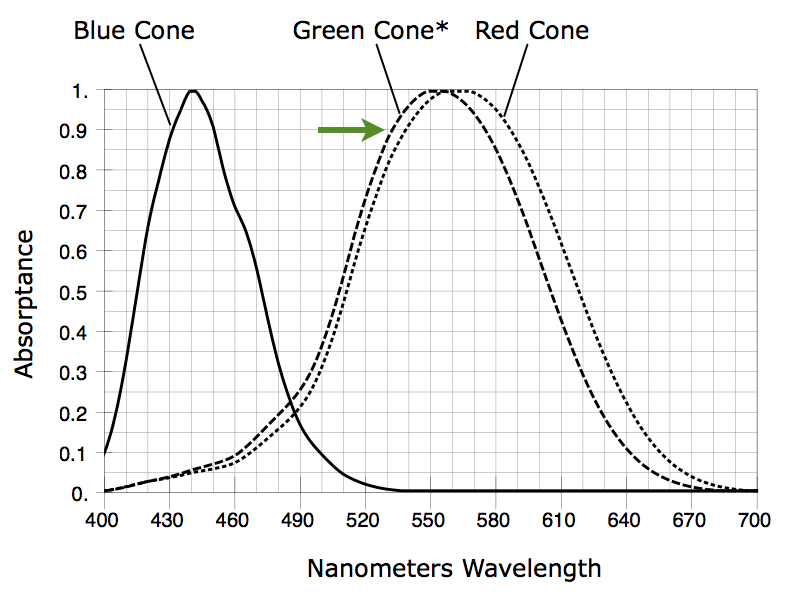 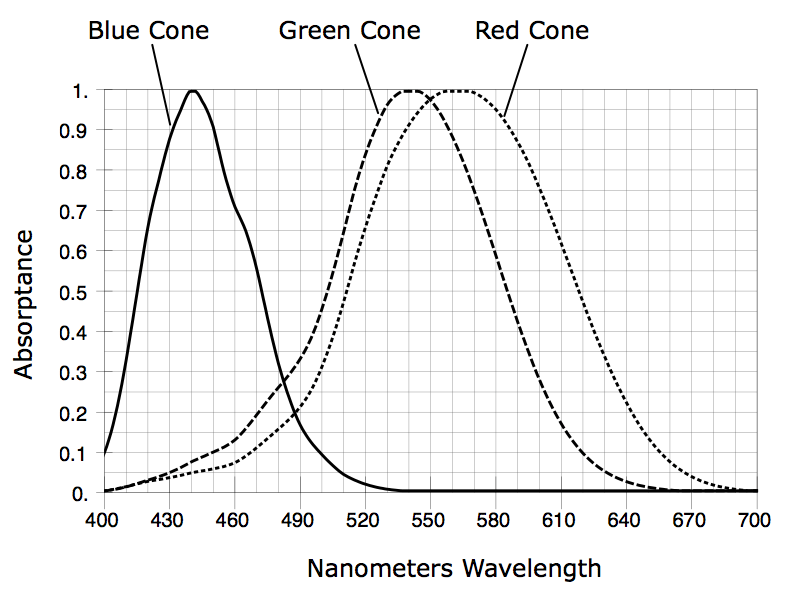 Because the green cells (cones) in your eye are less responsive to medium length electromagnetic radiation a person with this type of colour-blindness ends up loosing the ability to discriminate between greens and reds.

However, the key to reversing colour blindness is most people have some very basic ‘green’ vision left. Normally some overlap between red and green in their vision remains. 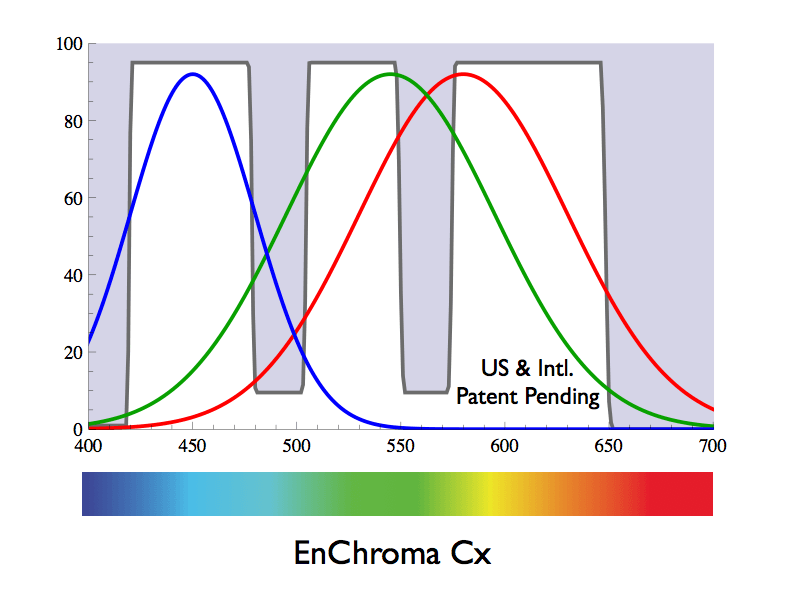 The blocks above show the areas of light filter out

The important thing to remember is that the glasses do not cure color-blindness (in the same way reading glasses don’t cure farsightedness).

Although the glasses mean that a person is technically seeing less colour – the fact that it is these wavelengths of light that cause confusion to those with colour-blindness their overall colour vision is drastically improved by filtering them out. By wearing them a person with color-blindness can now distinguish between reds and greens.

The technology was derived from the work of Don McPherson. McPherson earned his PhD in glass science at Alfred University.

Initially, he had been trying to design protective eyewear for doctors performing laser surgeries (to filter out damaging wavelengths of light from lasers). He discovered its application for colour-blindness during a game of ultimate Frisbee with a friend who happened to be color-blind – putting on the glasses apparently gave both of them a shock.

After this McPherson worked with mathematician and computer scientist Andrew Schmeder to optimise the glasses and in 2010, they cofounded EnChroma. The first pair of glasses was released in 2012.

Want more information? For a fantastic breakdown of how colour-blindness is caused and how the glasses work we highly recommend reading What is colour? Enchroma glasses, neuroscience, and the mystery of colour 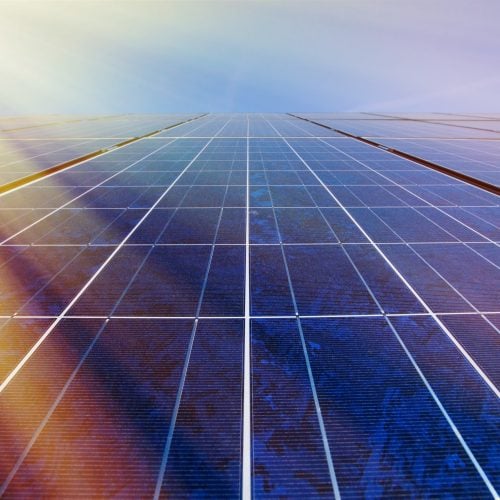 Why Electrical Engineers Play an Essential Part in Addressing Climate Change CO2 or Carbon Dioxide Emissions are an... 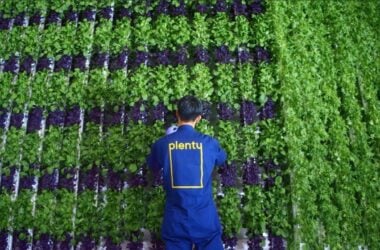 Vertical farming is seen as a good Engineering solution to grow organic food within cities. https://www.youtube.com/watch?v=GO0fRU46ZHc&feature=emb_title These “farms” grow grow... 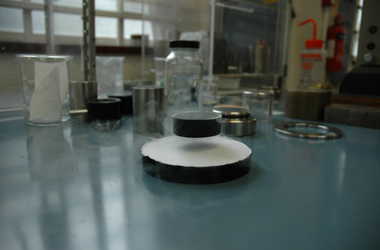 It's official - Guinness World Records have officially confirmed that a team of engineers led by Cambridge's Professor David Cardwell...