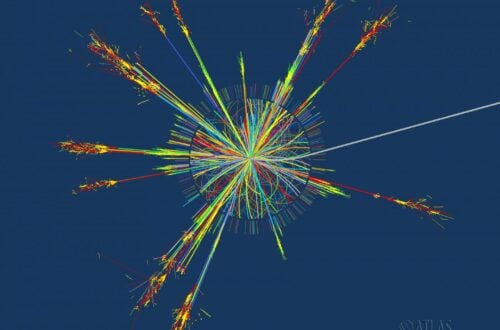 Higgs boson: ten years after its discovery, why this particle could unlock new physics beyond the standard model

Ten years ago, scientists announced the discovery of the Higgs boson, which helps explain why elementary particles (the smallest building blocks of nature) have mass. For particle physicists, this was the end of a decades-long and hugely difficult journey – and arguably the most important result in the history of the field. But this end also marked the beginning of a new era of experimental physics.

In the past decade, measurements of the properties of the Higgs boson have confirmed the predictions of the standard model of particle physics (our best theory for particles). But it has also raised questions about the limitations of this model, such as whether there’s a more fundamental theory of nature.

Physicist Peter Higgs predicted the Higgs boson in a series of papers between 1964 and 1966, as an inevitable consequence of the mechanism responsible for giving elementary particles mass. This theory suggests particle masses are a consequence of elementary particles interacting with a field, dubbed the Higgs field. And according to the same model, such a field should also give rise to a Higgs particle – meaning if the Higgs boson wasn’t there, this would ultimately falsify the entire theory.

But it soon became clear that discovering this particle would be challenging. When three theoretical physicists calculated the properties of a Higgs boson, they concluded with an apology. “We apologize to experimentalists for having no idea what is the mass of the Higgs boson … and for not being sure of its couplings to other particles … For these reasons, we do not want to encourage big experimental searches for the Higgs boson.”

It took until 1989 for the first experiment with a serious chance of discovering the Higgs boson to begin its search. The idea was to smash particles together with such high energy that a Higgs particle could be created in a 27km long tunnel at Cern in Geneva, Switzerland – the largest electron-positron (a positron is almost identical to an electron but has opposite charge) collider ever built. It ran for 11 years, but its maximum energy turned out to be just 5% too low to produce the Higgs boson.

Meanwhile, the most ambitious American collider in history, the Tevatron, had started taking data at Fermilab, close to Chicago. The Tevatron collided protons (which, along with neutrons, make up the atomic nucleus) and antiprotons (nearly identical to protons but with opposite charge) with an energy five times higher than what was achieved in Geneva – surely, enough to make the Higgs. But proton-antiproton collisions produce a lot of debris, making it much harder to extract the signal from the data. In 2011, the Tevatron ceased operations – the Higgs boson escaped detection again.

In 2010, the Large Hadron Collider (LHC) began colliding protons with seven times more energy than the Tevatron. Finally, on July 4 2012, two independent experiments at Cern had each collected enough data to declare the discovery of the Higgs boson. In the following year, Higgs and his collaborator François Englert won the Nobel prize “for the theoretical discovery of a mechanism that contributes to our understanding of the origin of mass of subatomic particles”.

This almost sells it short. Without the Higgs boson, the whole theoretical framework describing particle physics at its smallest scales breaks apart. Elementary particles would be massless, there would be no atoms, no humans, no solar systems and no structure in the universe.

Trouble on the horizon

Yet the discovery has raised new, fundamental questions. Experiments at Cern have continued to probe the Higgs boson. Its properties not only determine the masses of elementary particles, but also how stable they are. As it stands, the results indicate that our universe isn’t in a perfectly stable state. Instead, similar to ice at the melting point, the universe could suddenly undergo a rapid “phase transition”. But rather than going from a solid to a liquid, like ice transitioning to water, this would involve crucially changing the masses – and the laws of nature in the universe.

The fact that the universe nevertheless seems stable suggests something might be missing in the calculations – something we have not discovered yet.

After a three-year hiatus for maintenance and upgrades, collisions at the LHC are now about to resume at an unprecedented energy, nearly double that used to detect the Higgs boson. This could help find missing particles that move our universe away from the apparent knife-edge between being stable and rapidly undergoing a phase transition.

The experiment could help answer other questions, too. Could the unique properties of the Higgs boson make it a portal to discovering dark matter, the invisible substance making up most of the matter in the universe? Dark matter is not charged. And the Higgs boson has a unique way of interacting with uncharged matter.

The same unique properties have made physicists question whether the Higgs boson might not be a fundamental particle after all. Could there be a new, unknown force beyond the other forces of nature – gravity, electromagnetism and the weak and strong nuclear forces? Perhaps a force that binds so far unknown particles into a composite object we call the Higgs boson?

Such theories may help to address the controversial results of recent measurements which suggest some particles do not behave exactly the way the standard model suggests they should. So studying the Higgs boson is vital to working out whether there is physics to be discovered beyond the standard model.

Eventually, the LHC will run into the same problem as the Tevatron did. Proton collisions are messy and the energy of its collisions will only reach so far. Even though we have the full arsenal of modern particle physics – including sophisticated detectors, advanced detection methods and machine learning – at our disposal, there is a limit to what the LHC can achieve.

A future high-energy collider, specifically designed to produce Higgs bosons, would enable us to precisely measure its most important properties, including how the Higgs boson interacts with other Higgs bosons. This in turn would determine how the Higgs boson interacts with its own field. Studying this interaction could therefore help us probe the underlying process which gives particles masses. Any disagreement between the theoretical prediction and a future measurement would be a crystal-clear sign that we need to invent brand new physics.

These measurements will have a profound impact that reaches far beyond collider physics, guiding or constraining our understanding of the origin of dark matter, the birth of our universe – and, perhaps, its ultimate fate. 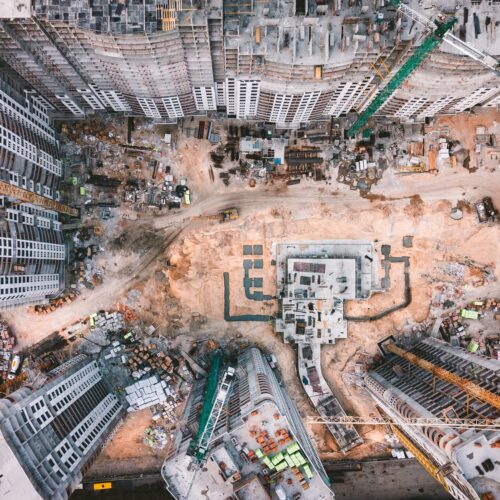 Material waste and debris created during the construction, demolition, or renovation of roads, bridges, and buildings are known...