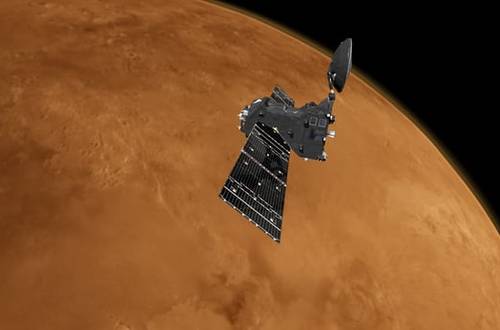 While we hope you are taking it easy for the holiday season this year, you might want to spare a thought for those working for the European Space Agency (ESA). They are gearing up for a very busy New Year.

On January 19, the ESA will start an unprecedented and complicated year-long manoeuvre which will radically alter the orbit of the ExoMars 2016 Trace Gas Orbiter (TGO). The team will be attempting to use the Red Planet’s atmosphere as a giant brake.

The Trace Gas Orbiter arrived in Orbit on October 19th and has since been in an eccentric orbit (between an altitude of 155m and 60m every 4 Earth days). ESA wants to change this to a circular orbit of 250m and increase a full orbit to every two hours.

The TGO itself does not have enough fuel on board to perform such an intensive manoeuvre. Instead, the team are using a technique known as aerobraking to alter the orbit.

The probe will make a series of short dips into the upper reaches of the Martian atmosphere. This will slow the spacecraft down by a tiny amount each time, and after 13 months of doing this, the craft should have achieved the desired orbit while only firing its primary engine for course corrections.

Peter Schmitz, the ESA spacecraft operations manager, explained that “the atmosphere can start its work, pulling us down [and] if all goes as planned, very little fuel will then be needed until the end of aerobraking early in 2018, when final firings will circularize the 400 km orbit”.

However, a long-term manoeuvre like this will require almost constant attention from the team at mission control in Darmstadt, Germany.

The TGO has  to be carefully monitored so it doesn’t burn up in the Martian atmosphere, fly off into space, or even miss the planet completely.

Mars has a thin atmosphere and this means that everything from sunlight, seasonal changes or dust storms can cause it to expand and contract.

The team will start to alter the TGO’s orbit on February 3 and 9 to bring it closer to Mars equator, allowing it to perform its first aerobrake manoeuvre on March 15th. 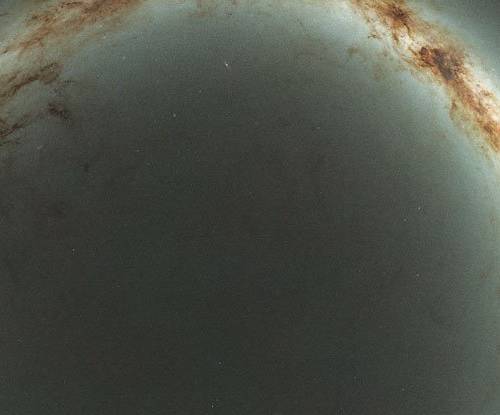 The Pan-STARRS project represents about half a million composite snapshots of the night sky as seen from Hawaii,...