Engineers in the US have discovered a way to allow electrons to travel farther than was previously thought possible in the materials used to create organic solar cells.

This new advance could allow organic solar cells to become much more useful than the inorganic alternative.

Organic solar cells have a major advantages against their inorganic counterparts which are used more widely. Organics can be created from inexpensive, flexible, carbon-based materials like plastic and churned out in a wide variety of colours and configurations. The main selling point is that they can be unobtrusively ‘laminated’ ontop of almost any existing surface.

The problem has always been that organics’ are notorious for poor conductivity – however, Stephen Forrest, professor of engineering at University of Michigan, believes his teams research could change that perception.

For years, people had treated the poor conductivity of organics as an unavoidable fact, and this shows that that’s not always the case Stephen Forrest, professor of engineering at University of Michigan

Professor Forrest team has demonstrated how a thin layer of fullerene molecules (aka Buckyballs) can be used to allow electrons to travel several centimeters from where they interact with a photon.

This increase is dramatic – up to now electrons have only ever travelled a few hundred nanometers or less in organic cells and the jump in distance has far-reaching implications.

The breakthrough could enable shrink the conductive electrode into an invisible grid. This would pave the way for transparent cells to be used on existing windows or transparent surfaces.

While its application is only theoretical at this point, the team are aware of the importance it could have on solar power. Potentially allowing for ubiquitous, inexpensive and nearly invisible solar cells. 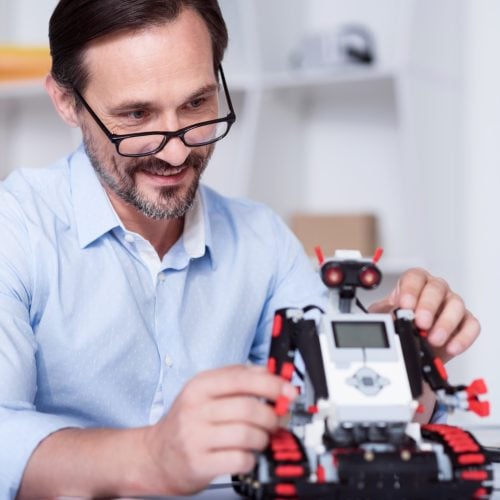 Finalists for this year's Inventor Prize, launched last year as a partnership between Nesta, a global innovation foundation...

via University of Michigan