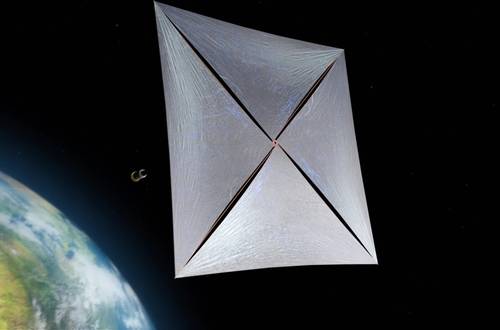 Breakthrough Starshot is taking a novel approach to space exploration by using “nano craft” to reach Alpha Centauri within 20 years of its launch. These tiny crafts are designed to use light beams from Earth to accelerate themselves up to 100 million miles per hour.

The project believes that Moore’s law has allowed for such a dramatic decrease in the size of electronic components that they will able to create gram-scale “wafers” that are capable of carrying cameras, power supplies, navigation and communication equipment and photon thrusters. These elements combined will constitute a fully functional space probe.

These tiny probes can be accelerated away from Earth using thin and light-weight Light Sails which are designed to be no more than a few hundred atoms thick. Both advances in nanotechnology and the falling cost of lasers should allow the development of this technology in the next few years.

The programme is led by Pete Worden, a former director of NASAs AMES Research Center, and backed a £60 million research and engineering programme. The board has been joined by Stephen Hawking, Yuri Milner, and Mark Zuckerberg giving it significant backing.

Can You hear that? Engineers have invented the world’s smallest violin

via @ Engineering and Technology Magazine