NASA takes next step to cement humanties place in Space 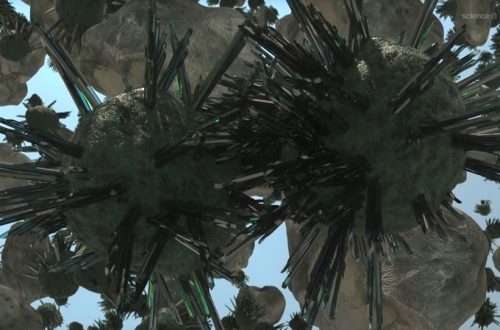 Concrete has been the key to humanities building techniques for over 5,000 years. Now NASA engineers have brought this ancient tech into space.

For the first time, a team of scientists have successfully mixed cement – concretes primary ingredient – in microgravity aboard the International Space Station.

Unlike cement on Earth, the crew of the ISS used a process called hydration to harden the concrete. Once mixed the ingredients were placed in sealed pouches and left for 42 days. The results, however, were the same as you would see on Earth with slightly different microscopic features.

Interestingly, under a microscope cement mixed on Earth forms a layered structure due to gravity whereas ‘Space Cement’ formed with a surprisingly uniform density with larger air pockets. This means it more porous than its Earth-mixed cement and happens because air bubbles won’t rise to the surface of setting cement-like they would on the ground.

What the team are not sure of yet is how the concrete holds up to its Earth made counterpart. On the one hand, the increased density makes Space Cement stronger. While on the other the porous structure makes it weaker. The team are now planning to destroy the samples later in the year after they complete their microstructural analysis to figure our what plays the more important role in determining the strength of the material.

The experiment is important because it opens up methods of developing basic building materials in different gravitational environments. If humanity wants to create habitable environments on the Moon or Mars then cement will almost certainly critical to their construction.

Volkswagen Can Now Convert Your Classic Beetle to Electric

This week Volkswagen has announced they have created a complete electric drive conversion kit which can transform a...