Engeineers at Harvard’s Wyss Institute for Bioinspired Engineering are showing off their ‘Octobot’. The small autonomous robot is powered by chemical reactions controlled by microfluidics. It is 3D-printed and has no electronics. The ‘Octobot’ represents a significant step in ‘soft robotics’. Traditionally robots have run off rigid electronics, have been powered by large batteries and are made from plastic, metal, or carbon fibre.

A ‘soft robot’, which would be more supple and lack the hard edges of its metal comrades should be safer to work alongside. If a robot is capable of elongating itself, like an octopuses tentacle, it should be able to explore better. If is made from a body that can be squeezed then it might be able to get to places which its solid counterparts cannot reach.

The ‘Octobot’ itself is made from a selection of different silicone gels. These all vary in stiffness and have empty chambers within them. This allows researchers to control them programming how gas is pushed through these bladders in its legs.

They do this by using hydrogen peroxide and a solution containing platinum catalyst particles. These two fuels when mixed release oxygen, inflating the chambers, twitching its tentacles.

Michael Wehner, a postdoctoral fellow in the Wood lab and co-first author of the paper, explains that the sequences this reaction happens is are controlled by microfluidic valve circuits which move gas around the limbs, dictating their movement.

As these movements are pre-programmed into the microfluidic valve circuits, the device cannot respond directly to its environment and only act upon the instructions that researchers set.

The ‘Octobot’ is able to be quickly manufactured using a combination of soft lithography, moulding, and 3-D printing. As its assembly process is so simple, it means future designs should allow for greater complexity.

The ‘Octobot’ can work for 4-8 minutes after which engineers need to refuel it via a syringe. The team hope as microfluidics improves that the ‘Octobot’ will be able to work for longer periods of time.

They are currently working on adding soft ‘fluidic sensors’ to allow it to respond to external stimuli. The team hope to eventually produce an octobot that can crawl, swim, and interact with its environment.

The ‘Octobot’ is considered a successful proof of concept at the moment rather demonstrating a specific function. The hope is that now the technology has been proven to work that it will one day be refined to allow ‘soft robots’ perform tasks ranging from awkward surgeries, navigating under obstacles or undertaking search and rescue missions. 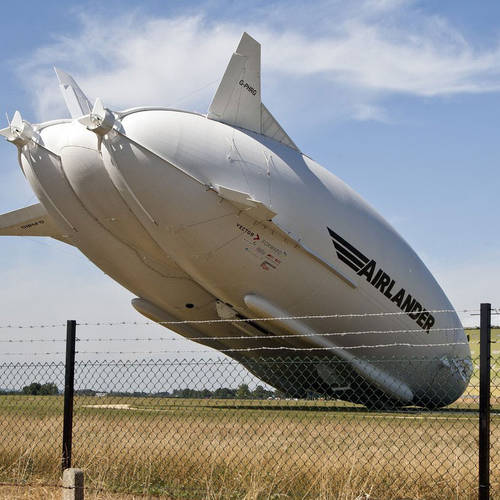 The Airlander 10, the world's longest aircraft, has been damaged after nosediving on landing during it's second test...