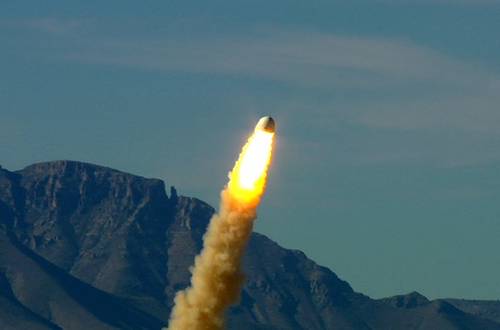 The test for the New Shepard rocket (Why is it called ‘New Shepard’? Read our article on Blue Origin’s naming conventions) included a double launch and landing. The fact that the booster survived both as a massive surprise, even to Jeff Bezos, who had predicted it would be destroyed on the final test.

The aim of the tests was to ensure that the New Shepard’s escape system worked as designed. The idea is that if an anomaly is found during the launch sequence, the crew capsule would be able to separate from the booster mid-launch(!), with a secondary escape motor propelling passengers away from the main rocket.

The test was designed so once the rocket reached a height of 16,000ft, the escape system would be triggered. At this point, the rocket was travelling at speeds of 475mph.

Once the separation occurred the booster continued its launch. Stabiliser thrusters were then able to steady the escape capsule just before three parachutes brought it into a safe landing.

What was unexpected was that once the booster reached its peak altitude, it was still able to fire its re-entry thrusters and successfully deploy its landing gear. Allowing it to also touch down safety.

While the booster is designed to be re-usable engineers at Blue Origin never expected the thruster to be able to survive the force of the crew capsule separation. Bezos even explained, in a blog post in September, that “we’d really like to retire it after this test and put it in a museum. Sadly, that’s not likely. This test will probably destroy the booster. The booster was never designed to survive an in-flight escape […] The capsule escape motor will slam the booster with 70,000 pounds [31,751 kilograms] of off-axis force delivered by searing hot exhaust. The aerodynamic shape of the vehicle quickly changes from leading with the capsule to leading with the ring fin, and this all happens at maximum dynamic pressure.”.

The success of the test is not only proof of an incredible feat of engineering but a key milestone for Blue Origin. While the booster surviving reentry was a surprise, successfully demonstrating the escape system marks a big win for Blue Origin.

Interested in the whole event? You can replay the ‘live’ webcast below. 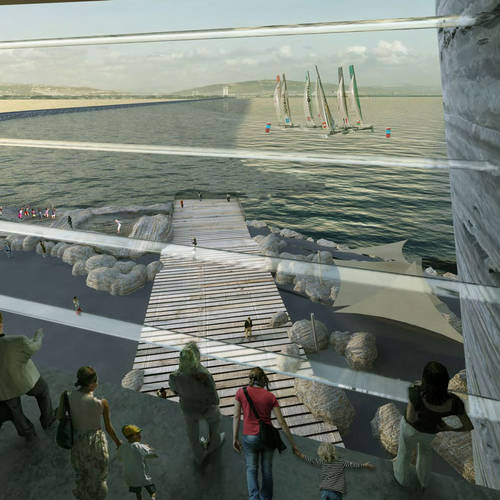