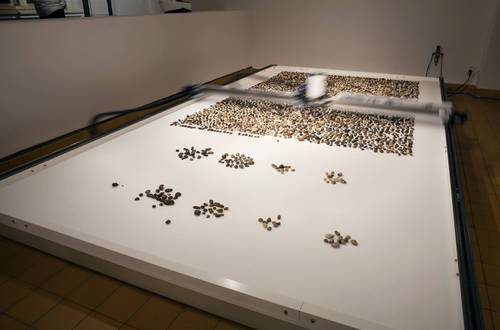 Jllem, by Artists Prokop Bartoníček and Benjamin Maus, is an art installation that sorts pebbles from the German river Jller by their geologic age.

Whilst Robotics and Automation tech has been used to create a wide variety of complex machines this piece showcases how mesmerising it can be when art and engineering meet. 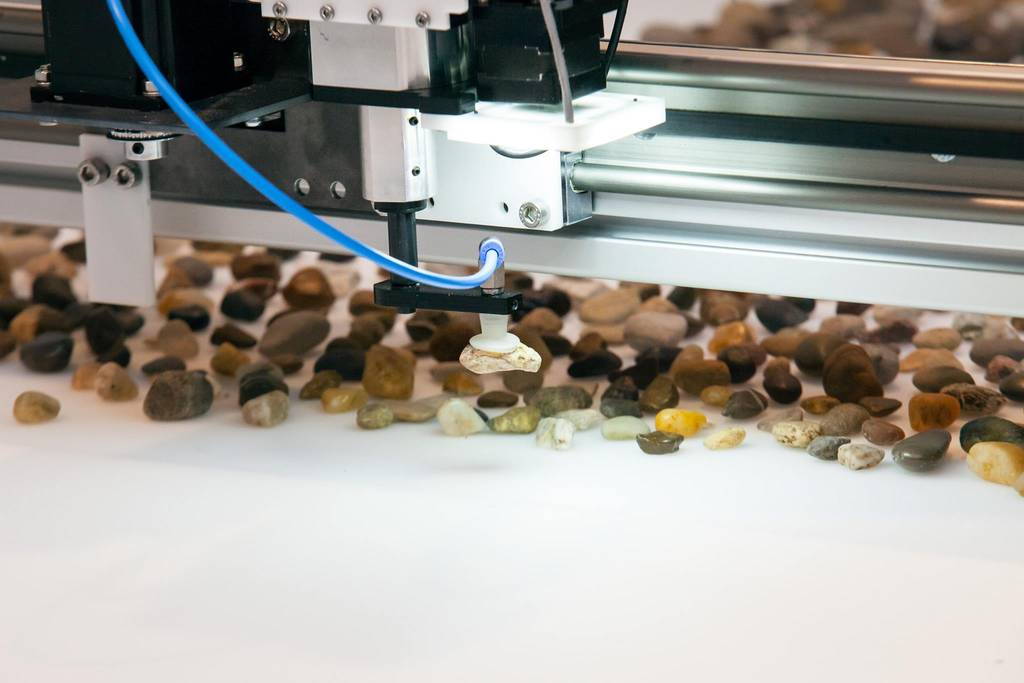 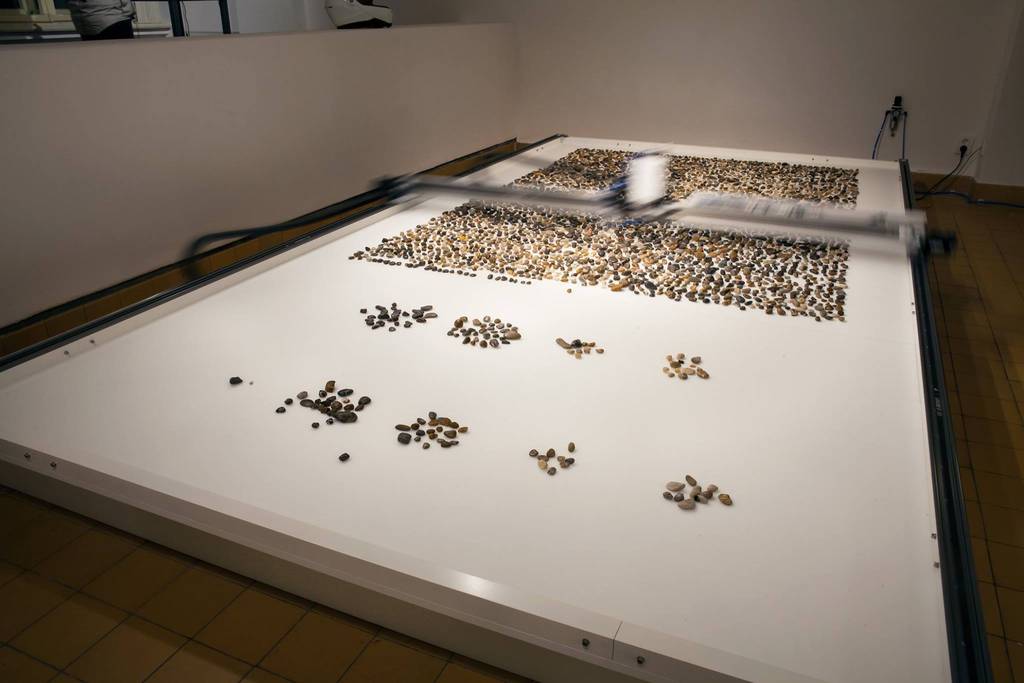 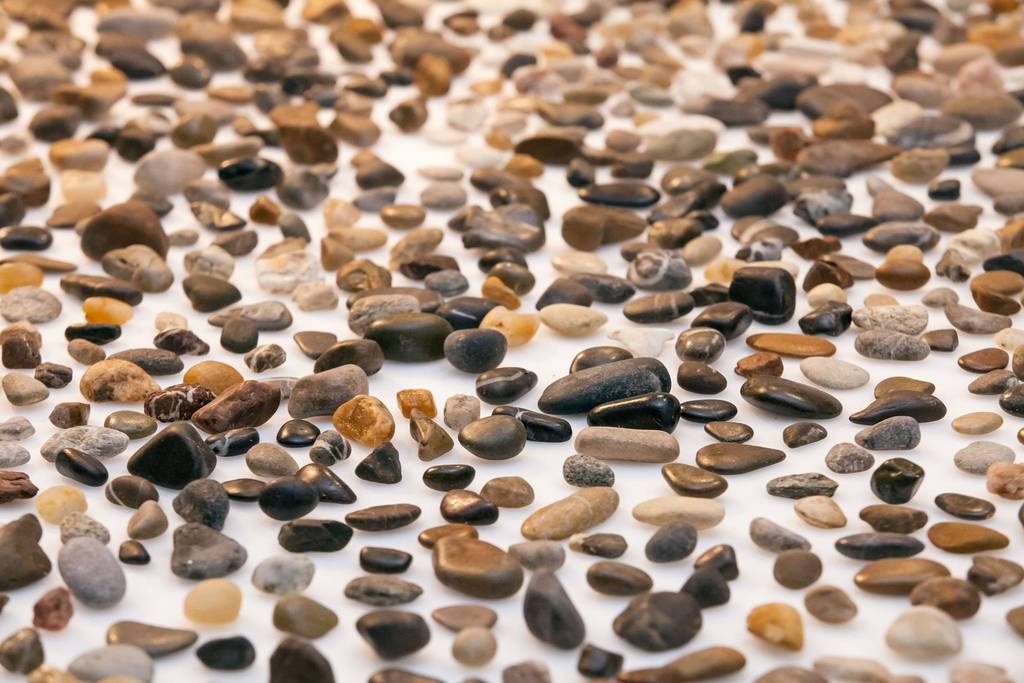 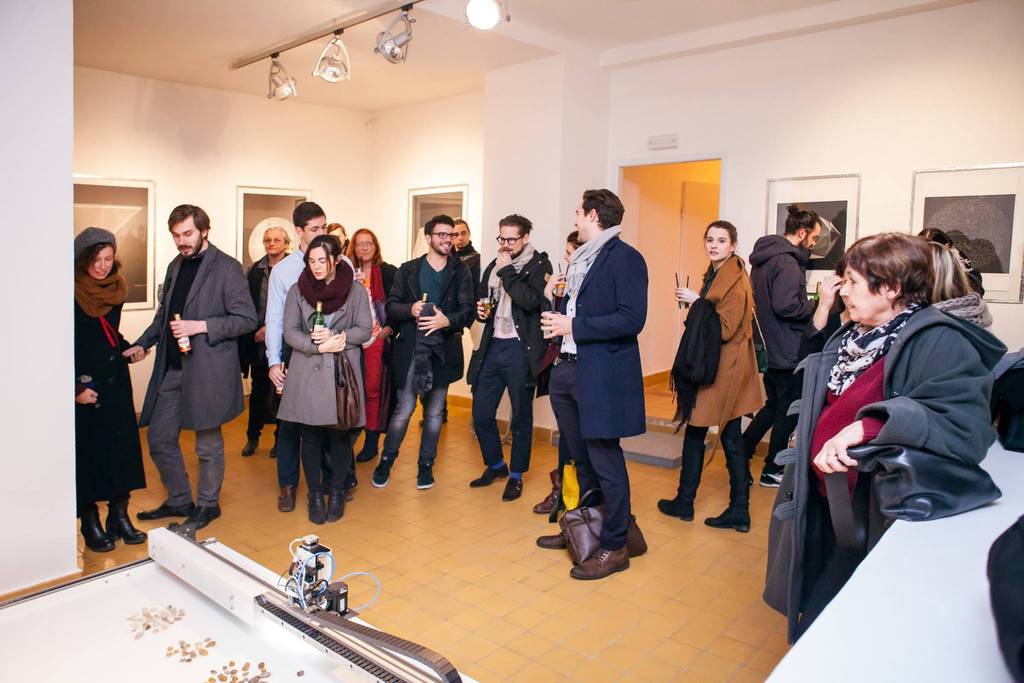 The pebbles are placed across a 2x4m lightbox and automatically analysed and sorted in two stages. Initially, pre-sorted patterns are created, which then makes space for the final ordered set of stones which are defined by their type and age. The idea being that inherent history of the river is slowly revealed.

The history, origin and path from each stone found in a river is specific to the location, as every river has a different composition of rock types. The origin of those stones is well documented. For instance, the ones from the river Jller derive from two origins. Some come from rocks, that are the result of erosions in the Alps and are carried in from smaller rivers. Other stones have been ground and transported by glaciers that either still exist, or existed in the ice ages. As the Alps and flats, that were once covered by glaciers, have shifted, even deeper rock-layers were moved and as a result, stones from many geologic periods make their way into a river.
When the history of a river is known, the type of stone can be directly related to its geological age. One very common sedimentary rock is the dark grey limestone from the Triassic period (225 million years ago). It was formed from the layers of sediments in the primeval ocean. Granodiorite, on the other hand, is an igneous rock of volcanic origin from the Tertiary Period (30 to 40 million years ago). Between those types there is a variety of metamorphic rocks, created by the transformation of existing rock types through the influence of temperature and pressure over time. Furthermore, a small amount of pebbles are formed by non-rock materials like red brick or slag, that have their origin in the Anthropocene.
Most of the time, stones do not appear as a singular uniform material, but as a composition of different, laminated or layered materials. A prominent example of his are the white lines of lime in grey pebbles.

The machine utilises a computer vision system. This processes the images of the stones and can map each of its location on the platform throughout the ordering process. This data is then extrapolated to give information on dominant colour, colour composition, and histograms of structural features such as lines, layers, patterns, grain, and surface texture.

Once this is calculated the computer can then sort the stones in predefined categories. As the river Jller only has a limited range of stone types matching the stones to these categories is highly accurate (but means the system is unable to cope with a larger range of stones).

An industrial vacuum gripper is then used to pick up and rotate the stone around its own axis – allowing for the pebbles to be aligned. 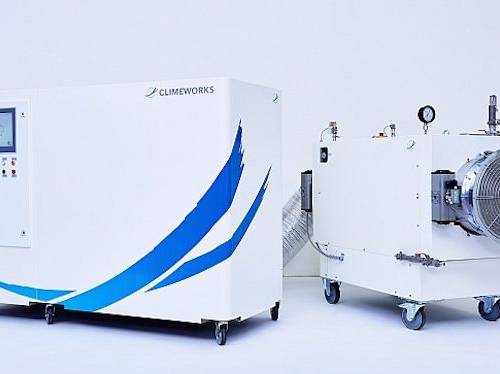 Climeworks, a Swiss company, is proposing to get rid of greenhouse gases by feeding them into greenhouses. https://www.youtube.com/watch?v=3vACLehVsJ0...