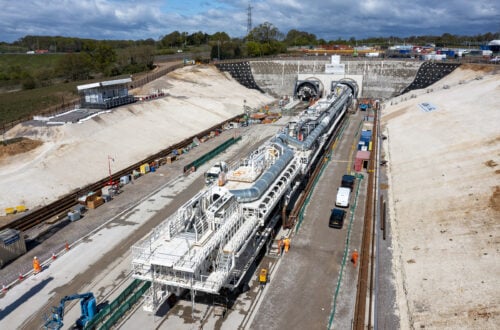 The machine, Florence, is the first of ten and will dig around 64 miles of the tunnel during the first phase of the high speed railway.

Florence is 2,000 tonne and 170m-long and is the largest boring machine ever used on a UK rail project.

She will start her work by digging 10 miles of tunnel under the Chilterns and run 24/7 for the next three years.

The machine was named after Florence Nightingale after being suggested by local school children and put to a public vote.

The 10 mile long tunnels under the Chiltern hills is designed to safeguard the woodland and wildlife habitats above ground.

She will be followed into service by a second machine ‘Cecilia’ next month which will excavate the second tunnel at the South Portal site.

These two TBMs will be operated by HS2 contractor, Align and is a joint venture between Bouygues Travaux Publics, Sir Robert McAlpine, and VolkerFitzpatrick.

The machine has been specifically designed to deal with the mix of chalk and flints under the Chilterns and the two machines essentially operate as a self-contained underground factory. Performing the tasks of; digging, lining it concreting wall segments; and then grouting them into place.

Each machine can complete 15 metres of the tunnel a day, and each tunnel requires 56,000 precision-engineered fibre-reinforced segments. The TBMs are operated by a crew of 17 and supported by 100 people on the ground.

The excavated ground will be used for landscaping at the south portal site once construction is complete. creating wildlife-rich chalk grassland habitats across 127 hectares of the southern Chiltern hills. 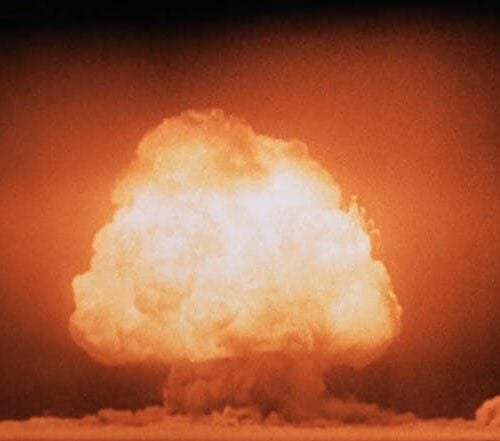 Nuclear detonations unleash an astonishing amount of destructive force. But the extreme pressure and temperature that they generate... 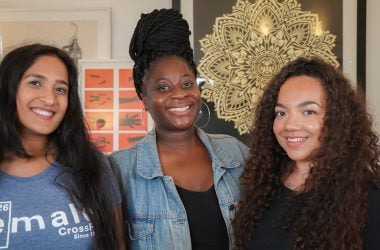 Exciting news from Elon Musk’s tunnel venture 'The Boring Company' as it announces that its first car elevator is almost...