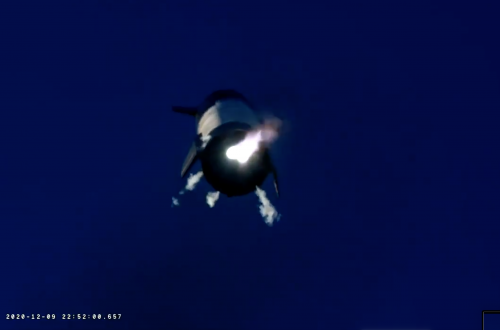 However, the prototype spacecraft did perform well up to that point. The craft soared up to 12.5 kilometers before coming down to Earth in a tightly controlled descent (right up until it blew up).

SpaceX CEO Elon Musk later explained the fireball was a result of a “Rapid Unscheduled Disassembly.”

Now SpaceX have revealed video footage of the event in crystal clear detail.

The footage shows the massive 165 foot rocket plummeting to Earth using its belly to slow its descent before it is engulfed in flames. The camera was set up next to launchpad and gives an detailed look at the explosion.

The new video shows the rocket’s trying to use its’ two Raptor engines to correct the landing angle of the huge structure.

Three side thrusters almost manage to get the rocket upright but ulimate fail to provide enough power to stop the spacecraft from making a hard landing.

The test of course was designed to highlight such issues and later Elon Musk explained that the “fuel header tank pressure was low during landing burn, causing touchdown velocity to be high and [rapid unscheduled disassembly],” but that the SpaceX team had “got all the data we needed!”

He added that the even “reaching apogee would’ve been great” and that “controlling all way to putting the crater in the right spot was epic”. Concluding, in typical high-spirits that “SN8 did great”. 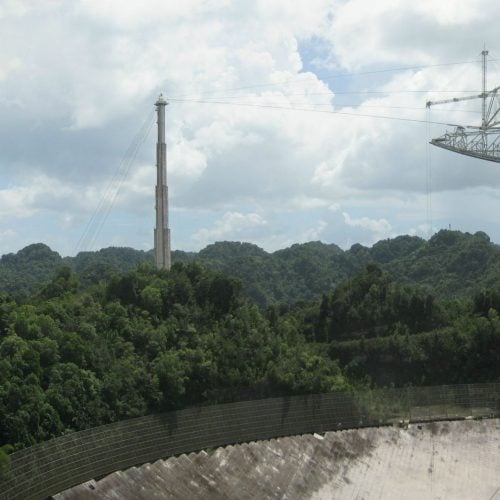 Sad news for fans of the iconic Arecibo Observatory. The telescoped collapsed on today... Officials at the NSF... 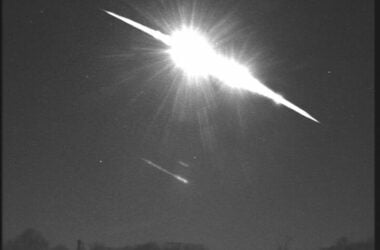 As people in the UK were settling down to watch the late evening news on February 28, a fresh news...