Meet the 1,300km-long underground science experiment to study the world’s most elusive particles In an abandoned gold mine close to Deadwood, South Dakota, construction has started on what is arguably the world’s largest science experiment. I’m part of an international team of around 1,000 scientists assembled to design and run this project – the Deep Underground Neutrino Experiment (DUNE) – in order to study the most abundant yet elusive matter particle in the universe.

In doing so, we may move a step closer to understanding the origins of matter and to completing science’s model of how the universe works. That’s why the UK government has now committed £65m to the project, making the UK the second largest contributor to the project after the US.

Particle physicists like me are fascinated by neutrinos because of their unusual properties, which may be directly linked to phenomena that could explain the structure of the universe. Neutrinos are one of the fundamental particles that can’t be broken down into anything else. They are everywhere but are enormously difficult to catch as they have very nearly no mass, are not charged and rarely interact with other particles.

About 100 billion of them travel through our fingertips every second but almost all of them go through the Earth without leaving any trace. Most of these neutrinos originate from nuclear reactions powering the sun. Neutrinos also come from cosmic rays hitting the atmosphere, or exploding stars. They were also abundantly produced just after the birth of the universe. That means by studying neutrinos and comparing them with their counterpart “antineutrinos”, we might be able to work out what happened at the start of the universe that meant it would be mostly made of matter and not antimatter. Experiments built to detect neutrinos could also help us find out whether protons decay, a key piece of evidence for proving some scientists’ ideas about how most of the forces in physics can all be explained using a “grand unified theory”.

To do this, DUNE will fire beams of neutrinos from the Fermi National Accelerator Laboratory in Illinois, US, along a 1,300km underground trajectory to the Sanford Underground Research Facility in South Dakota. By comparison, the circular Large Hadron Collider particle accelerator used to find the Higgs Boson is just 27km in circumference, although DUNE’s particles will travel through the ground rather than a specially constructed tunnel.

Neutrinos come in three types or “flavours” as they’re called: electron-neutrinos, muon-neutrinos, and tau-neutrinos. The neutrinos leaving Fermilab will be mostly muon flavour, but they could change or “oscillate” as they travel. Detecting these oscillations is what will provide definite answers to the questions about the neutrino’s nature and its role in the universe.

Neutrinos can be detected by recording the light, charge and type of particle they produce when they come into contact with certain liquids. When each neutrino arrives, it will create a particle that corresponds to its flavour. An electron-neutrino, for example, will produce an electron while a muon-neutrino will produce a muon. If we can detect electrons then we know that muon-neutrinos changed their flavour as they travelled.

DUNE will use four large tanks, each containing 10,000 tonnes of liquid argon held at a temperature of -186℃, to detect the neutrinos with much greater precision than previous experiments that were smaller or used tanks full of water. The experiment has to take place about one mile underground to protect the detectors from being overwhelmed by fake neutrino signals from the cosmic radiation that bombards the Earth. The enormous sensitivity produced by using this method will also help detect neutrino bursts from space. For example, in 1987 a nearby exploding star (supernova) resulted in all the neutrino detectors in the world recording 25 neutrino events in total. DUNE would be able to observe thousands of neutrino scatterings within a period of about ten seconds for a similar supernova. Analysing the composition and time structure of such a neutrino pulse would revolutionise our understanding of supernovae and of neutrino properties.

All this should help us answer several key questions about neutrinos, for example about their mass. Neutrinos are so tiny that their mass is probably not created by the Higgs Boson, recently discovered by the Large Hadron Collider, in the same way as most other elementary particles. Instead, their mass may come from very heavy partner neutrinos that decay very quickly after formation.

These partner neutrinos would have played a key role in the early evolution of the universe and could also help explain why
there is so much more matter than antimatter in the universe. DUNE will also help us work out whether neutrinos and their anti-matter equivalent, anti-neutrinos, behave identically, providing further evidence for matter’s dominance.

Since the large quantities of argon in the detector contain many protons, DUNE is also an ideal experiment to search for proton decay. Under our current “standard model” of physics that describes all the fundamental particles, it’s impossible for protons to decay. But many of the grand unified theories scientists are putting together to explain all the forces in the universe (except gravity) predict that protons do decay, just very slowly.

So far we have no evidence for proton decay but, if it does occur, then DUNE should be able to detect and locate it within the liquid argon with millimetre precision. This could help prove whether any of the grand unified theories are correct, and again could provide more clues about matter’s dominance over antimatter.

The new funding, together with the combined efforts of scientists from across the globe, will put us on track to record the first events in DUNE in 2024. That means within the next decade we could have solved some of the universe’s biggest mysteries. 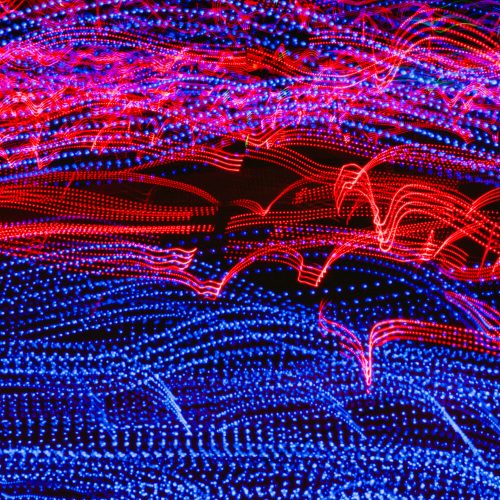 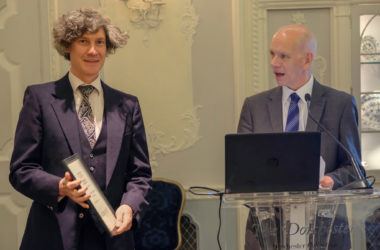 Sutton Grammar School Physics teacher Jamie Costello has nabbed a share of a £5k Engineering prize for his school after...